Back to all posts
Home
/
News
/
Your Name is Sorry, sleeping in Barrack Won’t save you – Nnamdi Kanu tells Wike 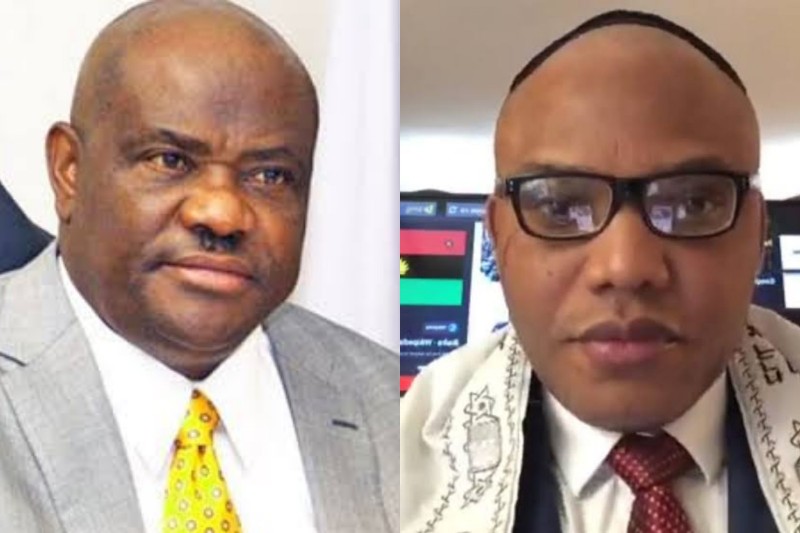 The Leader of Indigenous People of Biafra IPOB, Nnamdi Kanu has reverberated on Nyesom Wike over his hand in the Obigbo Massacre, Rivers State 2020.

The leader, Nnamdi Kanu was reacting to Nyesom Wike, Governor of Rivers State  placing a ban on the planned meeting of some Igbo residents in the Oyigbo Local Government Area of the state.

The Governor took the decision over fears that such meetings could spark fresh unrest in the LGA.

A group known as United Igbo Community was scheduled to hold a meeting at Oyigbo on Saturday, April 10, 2021.

But the State Government in a statement signed by the Commissioner for information and communications, Paulinus Nsirim, directed security agencies “to ensure that the said meeting does not hold to forestall a breakdown of law and order in the area.”

Oyigbo LGA is considered a stronghold of the Indigenous People of Biafra (IPOB).

Nnamdi Kan reacting said ” “The two most powerful warriors are patience and time”. LEO TOLSTOY. Do you think we’ve forgotten #OBIGBO massacre? WIKE very soon … sleeping from one BARRACK to another like someone that is HOMELESS will NOT save you. Your name is sorry.”

BREAKING: History Made as Ambazonia / Biafra begins Alliance to get Independence

History has been made  in the course of Biafra and Ambazonia independence as Both Leaders meet to begin the historic alliance. Nnamdi Kanu the leader of Indigenous People of Biafra IPOB and Dr Cho Ayaba…