Back to all posts
Home
/
News
/
Yoruba, Fulani are one and United – Tinubu tells secessionists groups 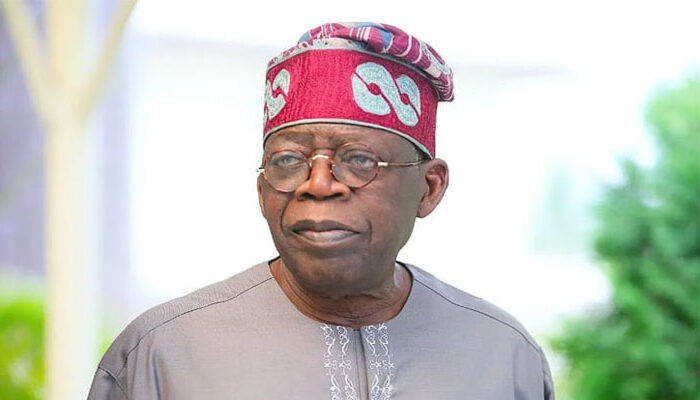 Bola Tinubu,, All Progressives Congress stalwart has said that the Yoruba and Fulani people are united.

Bola Tinubu said that was the reason he chose Kano State as the venue for his 12th colloquium and 69th birthday.

Tinubu, who is rumoured to be nursing a Presidential ambition, also made a veiled reference to the marriage of the daughter of Kano State Governor, Abdullahi Ganduje; to the son of the late ex-Oyo State Governor, Abiola Ajimobi, which took place in Kano in 2018.

He said this showed the unity between people of different ethnic groups.

The APC leader said, “Why are we in Kano? It is to demonstrate to Nigerians at this critical time. It is because there is a Fulani man, a herder (man) who gave his daughter to a farmer, (a) Yoruba man… and some people are agitating wrongly.”

The former governor said he was therefore encouraged to mark his birthday in Kano.

He also argued that if Nigeria breaks into smaller countries, he would not have been able to visit Kano without a visa.

Tinubu stated, “I was encouraged to go and spend a couple of days with my brother and in-law in Kano and demonstrate that he has not quarrelled with me, he has not seceded from Nigeria, I didn’t need a passport or visa to get to Kano, maybe others will have peace of conscience, live in peace and harmony and be loving to one another. That is what Ganduje and I are showing to Nigerians and that is the purpose of this colloquium end of story.”

The former governor further said, “All of you here should thank Ganduje for what we have been able to show Nigerians together. That a Fulani man and a Yoruba man can show the entire nation that in harmony, we can show Nigerians that perseverance creates understanding. It is a common blood that flows through our veins.”

Bola Tinubu, All Progressives Congress chieftain on Monday, urged the Federal Government to recruit at least 50 million youths into the Nigerian Army to boost Nigeria’s fight against terrorism, banditry and all forms of internal…