Muhammadu Buhari says with the experience of the Nigeria’s Biafra civil war that lasted 30 months, the country is capable of defeating Boko Haram insurgency.

The civil war was fought between the government of Nigeria and the secessionist state of Biafra from July 6, 1967 to January 15, 1970.

Boko Haram insurgency has been on in the north-east for over a decade, and the crisis has displaced about 2 million people.

While receiving Janez Lenarcic, the European Union (EU) commissioner for crisis management at the state house on Friday, Buhari, however gave assurance that it may take long but Nigeria will move ahead of the insurgency.

“If we were capable to fight a 30-month civil war and reorganised our country, I wonder why people are thinking that Nigeria cannot do it,” the president said in a statement issued by Femi Adesina, his spokesman.

“I assure you of Nigeria’s commitment to enhance and deepen cooperation with the EU in all areas. Our priorities in the next level is to ensure that internally displaced persons, IDPs, are rehabilitated so that livelihood should be established and the children should not lose the opportunity to go back to school, which is very important for the future of that area and Nigeria generally.

“We have the experience of the civil war. I could recall the role of the military, the army, each commander had in his pocket how to behave himself and how to allow international bodies like yourself to go round and see for themselves that people are treated in the most humane way. We have this experience and I assure you that we also have this confidence in your organisation. That is why I feel that Nigeria is capable of handling this crisis, it may take long but we are capable of handling it.

“The important thing really is weapons reaching the Sahel; the instability it is causing. Look at the casualties in Mauritania, Niger, Burkina Faso and Mali; Libya has a direct impact on the stability of the Sahel. As for Boko Haram, we try to disabuse the mind of the people and I think our people now understand the basic dishonesty in it. With my experience personally in the civil war, I am sure we will get over it.”

Buhari also said that the newly created ministry of humanitarian affairs, disaster management and social development will do a good job of managing the various humanitarian issues evolving from the north-east.

“I assure you that we are aware of these problems and we will continue to do our best. The newly created ministry of humanitarian affairs is coordinating NEMA and others, to make sure that whatever resources we get are well utilised. The ministry will be accountable to the government instead of having too many bodies doing the same thing. We are also reaching out to foreign countries explaining to them our position, and we are confident we will get over it,” he said.

In its resolution of January 16, 2020, the EU parliament had said there has not been progress in the fight against Boko Haram.

Reacting to the president’s remarks, Lenarcic however said the EU will like to support the efforts of the government. He said situations such as the one ongoing in the north-east, international law and international humanitarian law should apply.

Obaseki cannot be removed, He will win Second term – Umahi 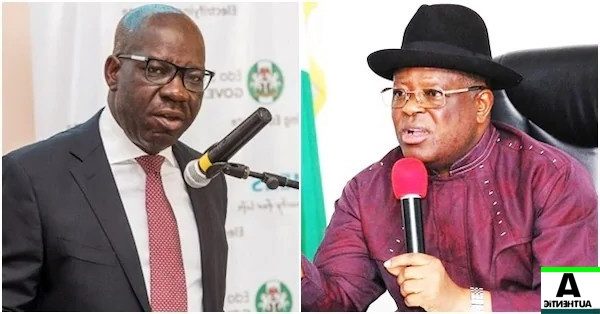