Back to all posts
Home
/
Politics
/
VIDEO: Tinubu Slips, nearly falls in Kaduna 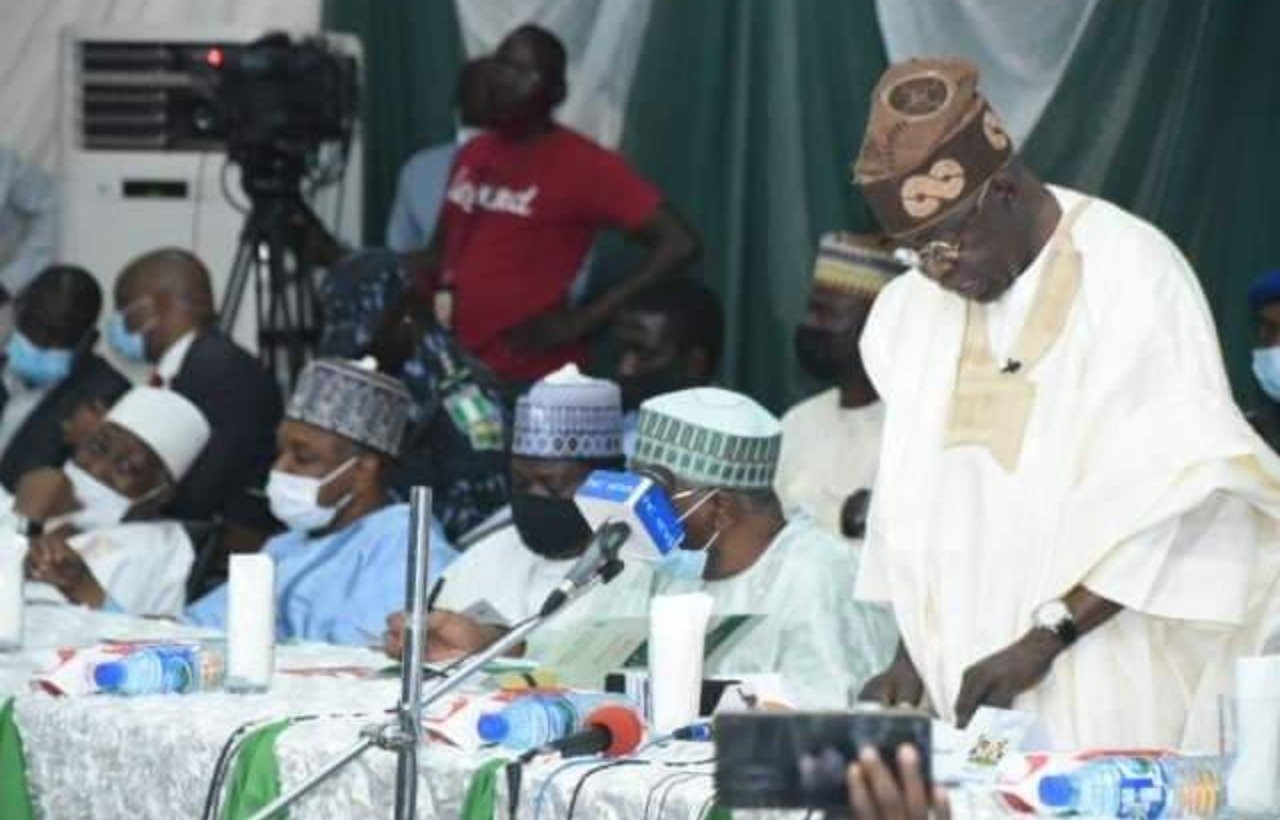 The National leader of the All Progressives Congress (APC),Bola Tinubu slipped and nearly fell on Saturday in Kaduna State.

The former Lagos Governor was in the state for the 2021 Annual Arewa House Lecture.

Tinubu was walking by the high table, exchanging pleasantries with dignitaries, when he staggered.

The politician’s security details quickly pulled him with agbaba and he continued handshakes and greetings.

Some Nigerians have raised concern about the health of the one-time lawmaker believed to be interested in succeeding President Muhammadu Buhari in 2023.

There are speculations that he and the country’s leader are not in good terms. But the presidency has downed the speculations.

Buhari’s spokesman, Garba Shehu, in a statement accused the media of creating controversies and providing a nexus for naysayers.

Shehu said the administration is aware of pessimists and cynics who willfully spread misinformation to create doubts in the minds of the people.

He noted that Tinubu remained one of the most respected political leaders in Nigeria who has stuck to his principles in the face of all adversities.

“If Asiwaju is not a frequent face in the Aso Rock Villa, it is on account of the fact that he is not a cabinet member of this government.

“The fact that he is not every day around the Villa does not make him less of a friend to the President and this administration”, the statement read.

Video of Tinubu at the Arewa House Lecture: