Back to all posts
Home
/
News
/
VIDEO: Iran hits US troops With Dozens of Missiles

As promised by the Iranians Dozens of Ballistic Missile has struck at two  US Military base in Iraq.

According to CNN reports, more than a dozen missiles struck the al-Asad airbase and another base in Erbil.

So far, it seems there were no casualties. U.S. military sources were quoted as saying troops were given enough warning to reach shelters before the missiles struck.

The attacks were Iran’s response to the U.S. killing last week of top Iranian General Qasem Soleimani in Baghdad. Iran has called that attack an “act of war” and “state terrorism” and vowed a response.

After the attacks, Iranian foreign minister, Mohammad Javad Zarif, tweeted in the early hours of Wednesday morning that Iran did not “seek escalation or war.”

“Iran took & concluded proportionate measures in self-defense under Article 51 of UN Charter targeting base from which cowardly armed attack against our citizens & senior officials were launched,” he tweeted.

U.S. President Donald Trump reacted to the attack on Twitter.

“All is well! Missiles launched from Iran at two military bases located in Iraq. Assessment of casualties & damages taking place now. So far, so good! We have the most powerful and well equipped military anywhere in the world, by far! I will be making a statement tomorrow morning.”

Flights have been diverted from Iranian and Iraqi airspace, and other countries with troops based in Iraq for the fight against ISIS have been closely monitoring the situation.

Over 50 people were killed on Tuesday in Iran at a stampede as hundreds of thousands gathered for Mr Soleimani’s funeral in Iran.

So uhh this happened yesterday. Iran attacked 2 military bases that belongs to the USA near the borders of iraq and kuwait . May god be with us 😓 #WWIII pic.twitter.com/KEM5UADWL1

AUTHENTIC ALSO POSTED: US Vs Iran: We will hit Iran very hard and Very Fast If.. -Trump Warns

Many countries have called for the de-escalation of the violence and rhetoric between the U.S. and Iran following the assassination of Mr Soleimani.

VIDEO: Iran hits US troops With Dozens of Missiles

BREAKING: Iranian television says 80 American soldiers were killed in strikes on base in Iraq, despite the United States saying there were no American casualties.

Iraqi military says there were no Iraqi casualties in overnight Iranian strikes#IranAttacks#ISupportIran@ndtv pic.twitter.com/puKbbWhKtD

You are Supporting Boko Haram, ISWAP, Terrorist – CAN tells FG

Boko Haram supporters and sponsors have being all that Nigerians want to know but this time around CAN, the Christian Association of Nigeria has accused the Federal Government of Nigeria being headed by Muhammadu Buhari… 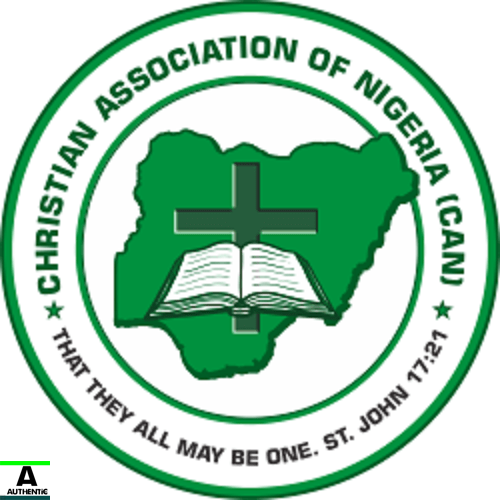