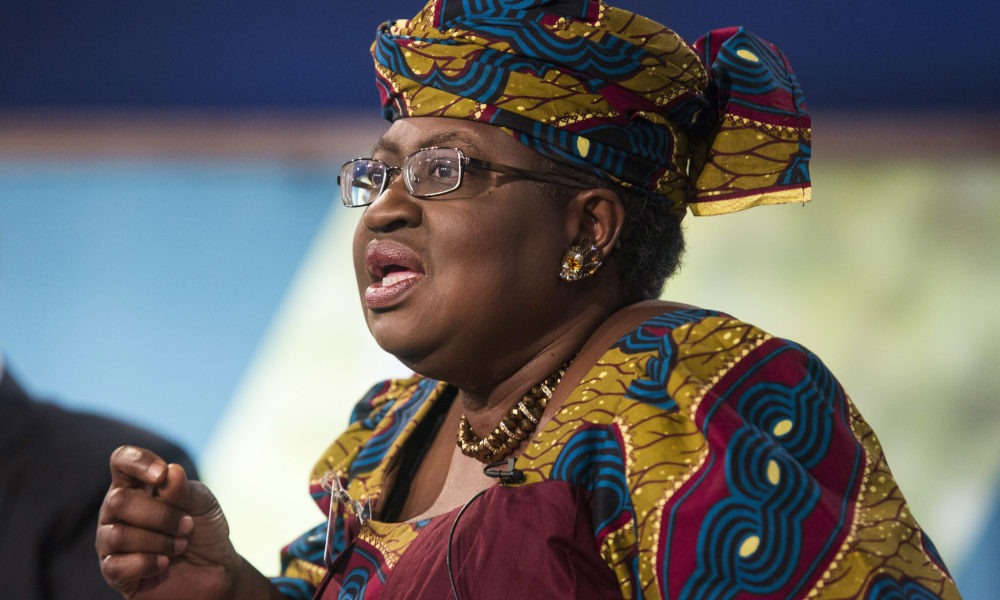 There seems to be trouble for Ngozi Okonjo Iweala as United States of America rejects her candidacy to lead the World Trade Organisation.

The United States said, however, it could not support the candidacy of Okonjo-Iweala and said it would continue to back the South Korean candidate Yoo Myung-hee.

Walker and his colleagues have finished a long process of consultations, where each member could indicate their preference. Walker told WTO ambassadors Wednesday that Okonjo-Iweala, and not Yoo, was most likely to secure a consensus among the membership, which is needed to select the next chief of the global trade organization.

However, the suggestion of Walker and his colleagues is not the final step of the process as some members can veto their suggestion, which the U.S. now threatened to do.

WTO members must formally decide in their General Council meeting who becomes the next director general. This meeting will happen on November 9. Before then, there will be consultations.

Another source says Despite wide support for Ngozi Okonjo-Iweala, Nigeria’s candidate for the director-general of the World Trade Organisation (WTO), the US has reportedly expressed its opposition to her emergence.

AUTHENTIC reported on Wednesday that Okonjo-Iweala won the popular vote by a wide margin, with the expectation of an announcement after a WTO meeting in Geneva.

The heads of delegation of the WTO met by 3pm but failed to reach a consensus.

After the meeting, Reuters is reporting that the US refused to support the candidature of Okonjo-Iweala, thereby protracting the process.

Bloomberg had initially reported that the US was leaning towards Yoo Myung-hee, the South Korean candidate.

TheCable reported on Wednesday that Okonjo-Iweala had emerged winner of the race with support from 104 of all 164 member countries of the WTO.

Those countries include many in Africa and the European Union, where she had received public support.

Despite being an American citizen, sources say the US does not consider Okonjo-Iweala as being committed enough to the interests of the world power at the flagship trade body.

Unlike the World Bank where the US has a larger voting power than other countries, the WTO is run differently, by the consensus of every member country.

“The WTO is run by its member governments. All major decisions are made by the membership as a whole,” the WTO website reads.

“In this respect, the WTO is different from some other international organizations such as the World Bank and International Monetary Fund.

“Where consensus is not possible, the WTO agreement allows for voting — a vote being won with a majority of the votes cast and on the basis of ‘one country, one vote’.”

The general council of the WTO will meet again to attempt a consensus or recourse to the vote.

The general council is the highest decision-making body of the WTO apart from the ministerial conference which meets every two years.

Buhari begs Nigerians not to divide the country

Nigeria President Muhammadu Buhari has begged citizens of Nigeria to to desist from actions and comments that can endanger the unity and progress of the country. Buhari made the appeal on Wednesday during the launch…