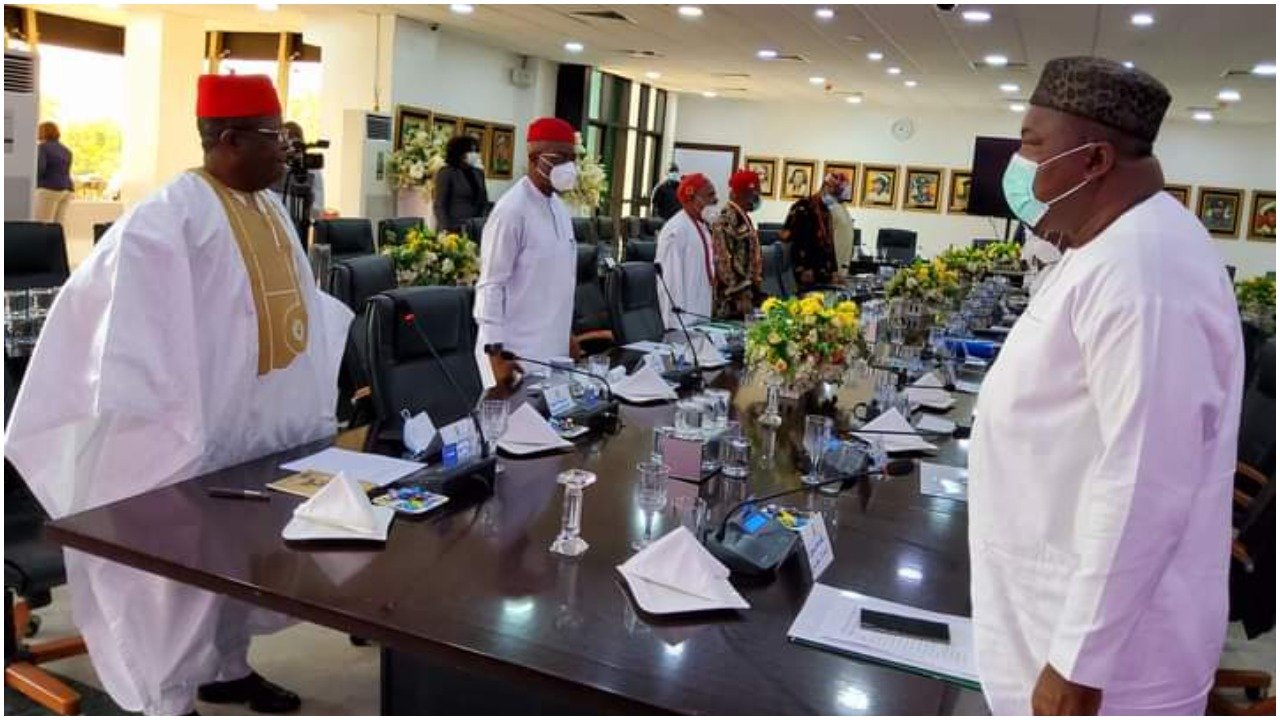 Due to the worsening Insecurity in the Southeast zone, governors, political, religious, traditional and other leaders from the region are currently in a closed-door meeting.

The meeting is believed to have been convened as a response to Saturday’s attack on the hometown of Imo State Governor, Hope Uzodinma.

On the same day in Imo State, the commander of the IPOB’s Eastern Security Network, ESN, Ikonso, was also killed by a combined team of security operatives.

ANG learnt that the meeting is ongoing at the Enugu Government House.

Others are the President-General of Ohanaeze Ndigbo, Amb. George Obiozor, the Obi of Onitsha, Igwe Alfred Achebe, Archbishop of Enugu Eccleciastical Province, Anglican Communion, Most Rev. Emmanuel Chukwuma, Chief Emmanuel Iwuanyanwu, chairman of the Christian Association of Nigeria, CAN, Southeast, other religions and traditional leaders, among others.

The Joint Admissions and Matriculations Board have rescheduled the 2021 mock examination earlier scheduled to hold on Saturday. The examination will now hold on Thursday, 20th May 2021. Details..