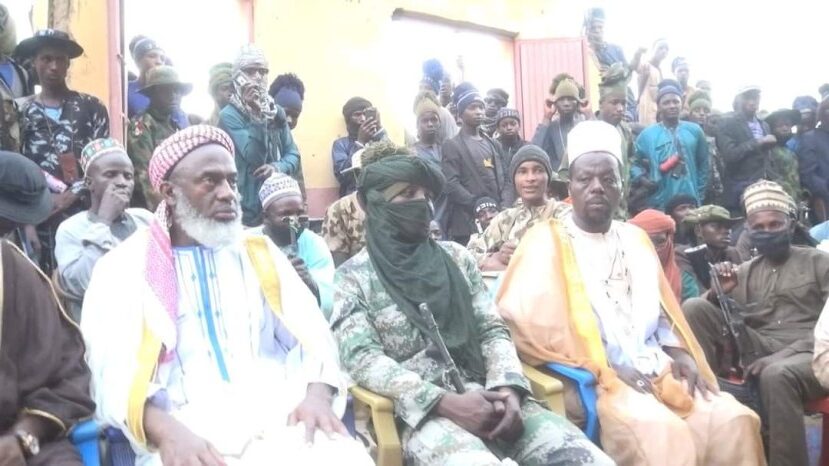 The second day of Sheikh Dr Ahmad Gumi’s peace and preaching mission to Zamfara state witnessed a major milestone in his singular effort to spread the message of Islam to the Fulani herdsmen and to promote engagement with them in an effort to rid the country from rampant instances of kidnappings and armed banditry.

After visiting the Emir of Shinkafi in Shinkafi local government where Sheikh Gumi encouraged the Emir to sustain ongoing efforts of ensuring lasting peace, his team targets two notorious and dangerous forest known to be the enclaves of aggrieved Fulani militias for Tuesday’s mission.

AUTHENTIC NEWS GIANT learnt that the forest of Tubali and Makkai in Shinkafi local government comprises of large territories of more than 3000 hectares of Savannah grasslands all under the exclusive control of the armed Fulanis comprising mostly of young teenagers of ages 14, 15, 16 while their adults are mostly between the ages 18 and 30 years at maximum.

The Fulani insurgents are in 100 percent control of command and administration of all the settlements in Tubali and Makkai forest. The inhabitants of the two settlements are very comfortable and freely living with the dreaded bandits.

Ironically however, there is a military outpost in each of the two separate borders that will take you to the forest of Tubali and Makkai where the bandits are virtually ruling.

At the first settlement in Tubali Forest where Sheikh Ahmad Gumi visited, the top Commander of the bandits, Mohammed Bello and his Assistant, one Haliru gave conditions to Sheikh Gumi before they will allow entry into the forest and to guarantee their security.

Part of the conditions is that Police and other armed escorts should not enter the forest and that they should wait at the military checkpoint while total number of vehicles that will be allowed should not be more than 5.

As usual during every of such visits they expressed their grievances and why it will be difficult for them to surrender their arms even as they expressed confidence in the sincerity of Governor Bello Mohammed Matawalle to address the lingering security imbroglio.

The Chairman of Shinkafi also told the interactive session that before the peace agreement with the bandits there was frequent and rampant cases of kidnappings in Shinkafi-Gusau road while instances of frequent attacks with heavy casualties including killings is rampant but that as a result of the peaceful truce the once volatile local government has now spent 7 months without single attack.

Hon. Galadima said the coming of Sheikh Gumi is a blessing to the entire state because according to him the goodwill of Gumi and the respect the Fulani bandits have for him will further strengthen and solidify the fragile peace deal.

Their top commander, Bello spoke on their behalf. Part of their grievances includes frequent killings of their loved ones by either security agents or in towns and cities without subjecting them to the due process of the law, failed promises by governments and acts of cattle rustling that denied most of them and their parents their legitimate means of livelihood.

Sheikh Gumi has spent time preaching the words of Allah to them. He preached to them about the sanctity of preserving human life, how Islam forbids any act of revenge, adultery, fornication and kidnappings. He encouraged them to always seek knowledge of their religion, how to worship Allah and to avoid taking laws into their own hands.

Gumi also pleaded for their understanding and urged them to cease all hostilities and allow him to reach out to the President to see how their legitimate grievances will be addressed immediately.

Gumi categorically told them that they should not expect magic from him as his success depends on the cooperation or otherwise he will get from the federal government who has the authority over decision making.

He presented them with Islamic books including copies of the Qur’an and wrappers. He said everything they are doing is being funded by the foundation under him and with the help of other well meaning individuals and not the government.

The journey to Makkai forest is the most difficult as Gumi and his entourage had to used motorcycles midway because the largely Sahara area is filled with lots of sand and without road networks.

It is the most dangerous journey so far made my Sheikh Gumi and his dedicated entourage. To the surprise and fear of almost everybody, the entourage met with more than 600 bandits all of the with automatic rifles.

Their top commander, one Kachalla Turji welcomes Sheikh Gumi. They were all friendly and very comfortable. Turji is the boy of Buharin Daji, the notorious bandits that was killed about 3 years ago. Turji took charge of the Shinkafi armed wing of the bandits after the demise of Buharin Daji. Turji told Sheikh Gumi that they are not afraid to die and that even if he died hundreds are available to take over leadership from him. He lamented how government renege in series of promises made to them.

The interaction is similar to the one held in Tubali and the preaching, the promises by Sheikh Gumi is the same. It is obvious that many of them were frustrated into taking up arms while ignorance and illiteracy has played a vital role in recruiting virtually all of them into banditry and kidnappings.

AUTHNTIC also learnt in this revealing trip is that no amount of bombardments can kill the morale of the Fulani bandits and that military bombardments alone can NEVER eliminate their huge number even if such bombings are precise or succeed in getting the large arms and ammunitions under their control.

There are several ways government can integrate them fully into the society including combating most of them into for instance the Civil Defense and other paramilitary outfit in addition to using the carrot approach as adopted by Sheikh Gumi and the Zamfara state government.

Sheikh Gumi believes that they have a legitimate concern and grievances, and that since the Niger Delta armed militants were integrated by the federal government and are even in the business of pipelines protection, President Buhari should immediately look into how he will do same to the Fulanis and to provide them with reasonable means of livelihood including jobs, working capitals, entrepreneurship training, building clinic and schools for them as well as sending them to overseas schools like it was done to the Niger Delta militants.

He emphasized that military solution alone will continue to be a waste of public resources and a conduit pipe for corrupt security agents. Sheikh Gumi also calls on President Buhari to support the laudable initiative of Governor Matawalle towards ensuring lasting peace in the state. 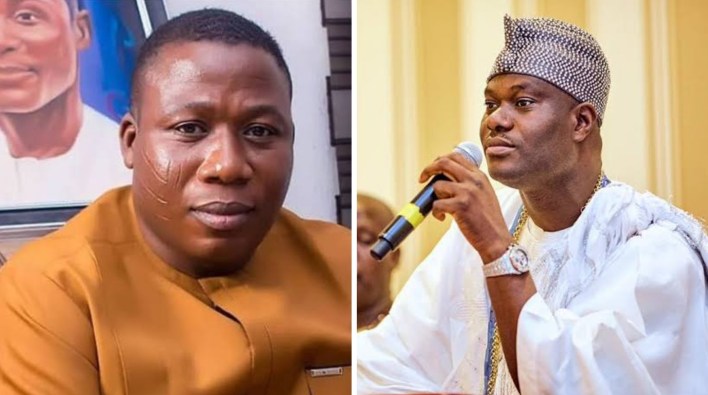