Back to all posts
Home
/
News
/
Rivers: Gov. Wike Desperately Wants To Join Our Party Because Of Atiku – APC 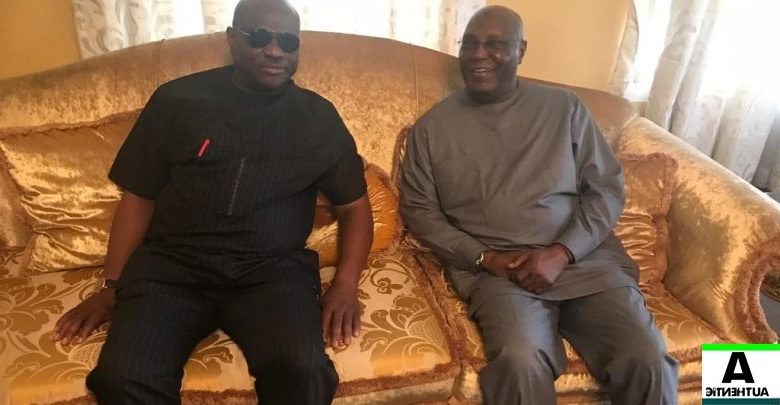 The major stakeholders of the All Progressives Congress, APC, in the 20 wards of Port Harcourt City council area (PHALGA) of Rivers State have accused the State Governor, Nyesom Wike of desperately lobbying to join the party.

They said Nyesom Wike’s desperation increased since the former Vice-President, Alhaji Atiku Abubakar has refused to allow him (Wike) to take over the Peoples Democratic Party, PDP.

The stakeholders further disowned Igo Aguma, a two-term member of the House of Representatives, who they described as a ‘foot soldier to Nyesom Wike’, accusing him of being a mole and a traitor.

ALSO READ: Rivers 2023: Wike reveals who will decide the next Governor

The PHALGA stakeholders of APC stated this yesterday during a news conference, after their crucial meeting at Orogbum Civic Centre in Ward 2, Ogbunabali Road, Port Harcourt.

They insisted that the Minister for Transportation, Rotimi Amaechi remained the leader of the main opposition party in the state, with the members completely loyal to him and the APC.

A six-page communique read by the leader of APC in PHALGA, Nnamdi Wuche, a lawyer, who was accompanied by a former member of the Rivers House of Assembly, Victoria Nyeche, and other critical stakeholders of the party, said, “The leadership of APC in PHALGA hereby dissociates the chapter from the reckless, ill-conceived and malicious conduct of one Igo Aguma against the leader of APC in Rivers State (Amaechi) and the APC.

“We wish to state that Aguma’s reckless behaviour in recent times came to us as a rude shock. Consequently, we hereby disown Aguma, Lasbry Amadi and their cohorts.

“We know as a fact that the Minister for Transportation has favoured Aguma in the areas of political appointments, contracts and financial support. It beats our imagination that the same Aguma will unleash such attacks on his benefactor (Amaechi) on the pages of newspapers.

“Aguma’s sojourn and success in politics were made possible by the Minister for Transportation through his appointment as the Commissioner for Sports in Dr. Peter Odili’s government.

“Aguma’s commissionership slot, otherwise known as ‘compensation slot,’ was given to his father, the late Sir Emmanuel Wonukwuru Aguma.

“Aguma’s presence in the 5th and 6th National Assembly as a member of the House of Representatives was also made possible by Amaechi, whom he now desperately seeks to destroy.

“Aguma’s penchant for betrayal, insubordination and disloyalty to party leadership is legendary and dates back to the 2011 general elections, which ultimately led to his replacement by Hon. Ken Chikere. Rt. Hon. Amaechi remains the leader of APC in Rivers State, as severally acknowledged by Aguma and his cohorts.”

Prof. Abubakar Rasheed, the Executive Secretary of the National Universities Commission (NUC), said the agency was in the final stage of “a draft review’’ of Nigeria’s university curriculum. It was reported that Abubakar Rasheed stated…