Back to all posts
Home
/
Politics
/
PDP: There will be no need for election in the future 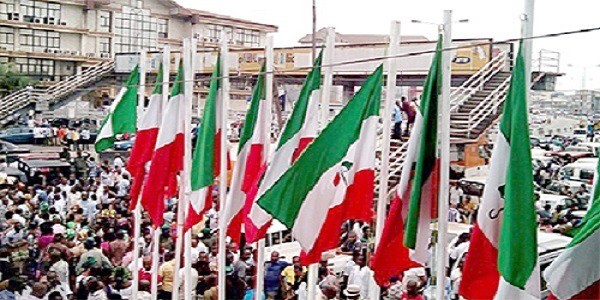 The People’s Democratic party PDP has said that the action of the Supreme court has eroded the faith and confidence of Nigerians in participating in elections and showcasing that there will be no need for election in the future.

The party said this on Friday in a communique issued by Kola Ologbondiyan, PDP spokesman. The communique was released at the end of the party’s 87th national executive committee (NEC) meeting held in Abuja.

The opposition party said there is calculated injustice in the judiciary under Ibrahim Muhammad, chief justice of Nigeria (CJN).

It said Emeka Ihedioha, its candidate in the last governorship election in Imo, was robbed of the mandate given to him by the people.

The Independent National Electoral Commission (INEC) had declared Ihedioha winner of the election but on Tuesday, the supreme court annulled his victory and ordered the swearing in of Hope Uzodinma of the All Progressives Congress (APC).

Uzodinma came a distant fourth in the results announced by INEC.

We totally condemn the utter desecration of judicial values, climaxing in the national embarrassment of the supreme court manufacturing votes and relating same to the APC and its candidate in the Imo governorship election, thereby robbing the people of the state of their mandate freely given to our candidate, Rt. Hon. Emeka Ihedioha, the party said.

The supreme court by this judicial somersault has eroded the faith and confidence of Nigerians in participating in elections and showcasing that there will be no need for election in the future.

We assure Nigerians that the PDP through all available constitutional means including civil disobedience will insist that this government respect the rule of law, and desist from influencing the judiciary, INEC and our security agencies.

The party said it will not allow the judiciary, legislature, security agencies and other institutions of government and democracy to become departments of the APC.

A Federal High Court in Abuja has sacked Senator Ifeanyi Ubah of the Young Progressives Party (YPP). Justice Bello Kawu, in a ruling, declined Ubah’s request to set aside the earlier order issued in a…