Back to all posts
Home
/
News
/
PDP suspension: Ikpeazu tells party “Am loyal and a committed party member 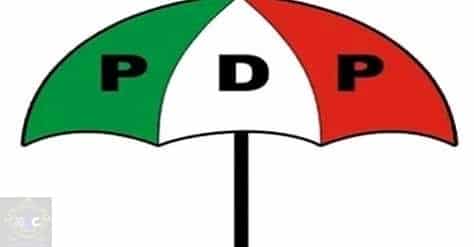 Leader  of South East Caucus in the House of Representatives, Lynda Ikpeazu, has said she remained a very loyal and committed People’s Democratic Party, PDP member notwithstanding issues with the party over minority leader of the House.

Ikpeazu, who is also the member representing Onitsha North and South federal constituency said she swore an oath to uphold and respect the principles of the constitution of the party and cannot disobey it when invited on the platform of which she was elected.

She has stated this while speaking to newsmen in her country home, Onitsha, during her thanksgiving service for her victory and Gods infinite mercy.

On  the PDP invitation and her suspension, Ikpeazu said: “We were all sponsored by our parties, so, there is no way your party will invite you and you say you won’t come.

“What  happened was that the invitation came on a Thursday at about 6 to 7pm and at that time, most of the members invited had already travelled, so, the minority leader’s office wrote to the party that we were not around, that they should give us another date, but they were not happy because it was the SA that signed the letter.

“Let me  say it clearly that there is nothing wrong with your party inviting you; it was just that we were not available at that particular time, we hadn’t enough earlier notice.”

Buhari soon to proscribe Shiite and its Activities

Muhammadu Buhari is considering the proscription of the Islamic Movement in Nigeria (IMN), this has been learnt from security and administration sources. The proscription, which is likely to come in form of an executive order,…