Otedola Bridge axis of Lagos was heated up following a tanker conveying petrol which exploded near Otedola Estate on the outbound service lane of the Lagos-Ibadan Expressway on Saturday.

Dark flames can be seen leaping into the air, clouding the evening sky as vehicles continued to move on other lanes of the expressway.

Recall that another articulated vehicle laden with petrol exploded in Lagos in October.

We can confirm that the fire is coming from just in front of Otedola Estate.

There is heavy traffic at the Berger-Alausa-Magodo axis of Lagos State after a tanker caught fire on Otedola bridge, along Lagos-Ibadan Expressway, on Saturday.

The incident happened a few minutes to 6pm.

It was learnt that the tanker, which was conveying diesel rolled over the bridge before exploding.

The incident caused panic among commuters plying the Lagos-Ibadan Expressway as many vehicles made U-turn in a bid to avoid being engulfed by fire.

Some passengers were also seen alighting from vehicles hurriedly.

Many passengers were also stranded at the Alausa Secretariat and toll gate bus stops.

Some motorists who spoke to our correspondent lamented that they had spent over one hour in traffic.

One of them, Akpan, said, “I regret passing this route today. I have been here for about one hour. My passengers have all alighted and they were yet to pay their transport fares.”

Farinloye told NAN that the accident involved a tanker, a haulage truck, and a Toyota Camry 1999 model carrying, six members of the same family.

He said the tanker was fully loaded with 44,000 litres of AGO (diesel) and was moving toward the Berger axis of the expressway when one of its tyres suddenly burst into flames.

Farinloye said people in the immediate vicinity of the accident had told the driver of the tanker to stop, but he reportedly tried to reverse the vehicle, thereby colliding with the other vehicles.

He said the the driver of the truck, the family of six and the tanker driver and his assistant all escaped unhurt.

He, however, said the section of the road where the accident occurred was cordoned off to allow emergency response agencies put out the fire.

Chieftain of the All Progressives Congress, APC, Chief Frank Kokori has revealed those running the federal republic of Nigeria. Frank Kokori  who is a renowned activist revealed that a mafia currently runs Nigeria and not… 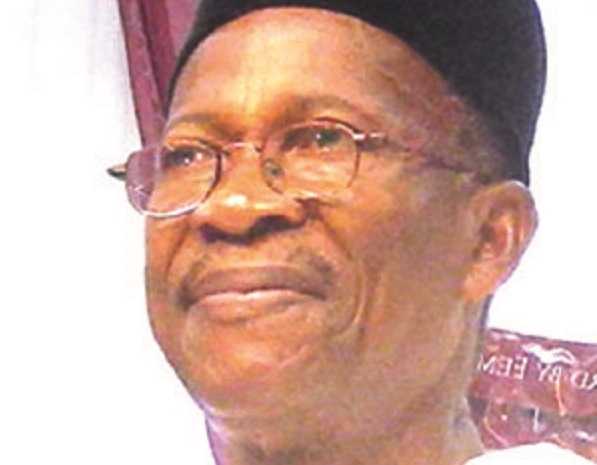