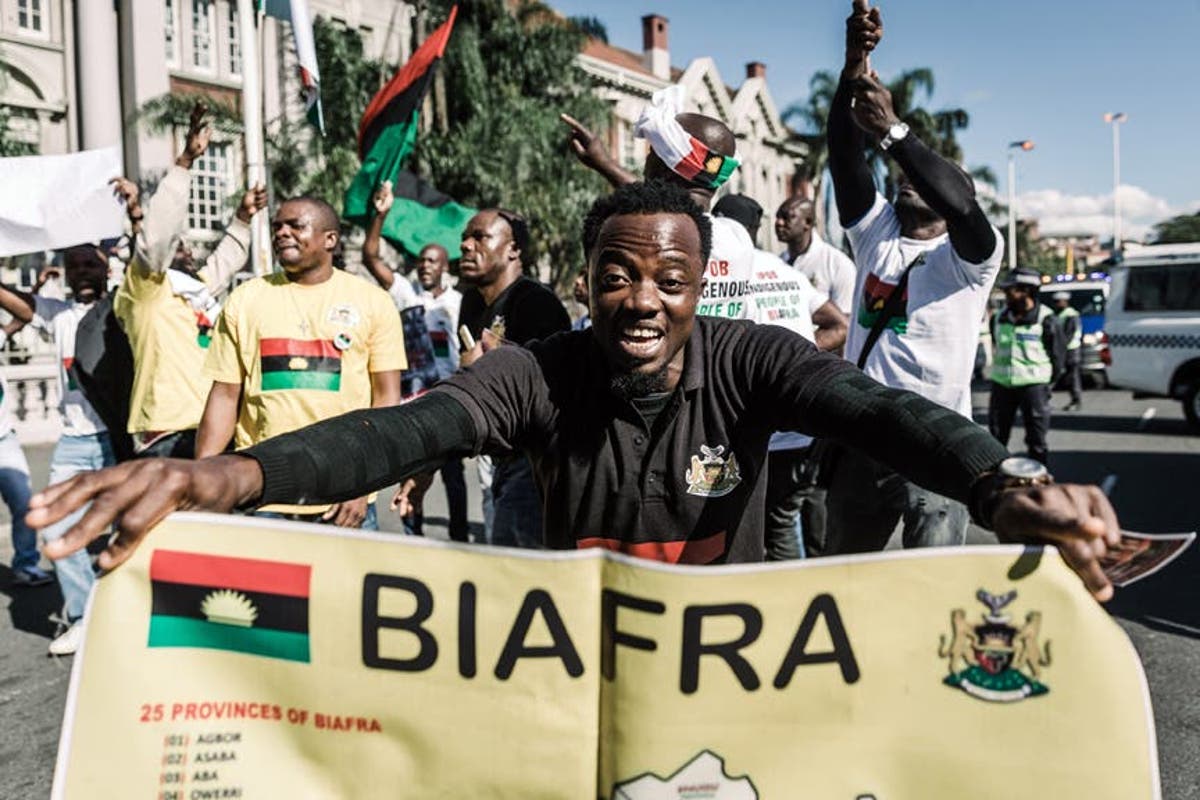 Nnamdi Kanu, Radio Biafra Director and Leader of the Indigenous People of Biafra IPOB has rejected the Igbo Presidency as being championed by Ohanaeze Ndgibo.

Nnamdi Kanu pertinently said it is Biafra or nothing else, he also cited that Biafrans has died for the Biafra Course and they did not die for One Nigeria.

The Biafra Leader also said his parents died not for one Nigeria but for a restored Biafra.

In a Press statement made available to AUTHENTIC NEWS GIANT it reads:

“Was President Goodluck Jonathan not a president and Commander in Chief for 6 years? What became of our people from the South of Biafra and coastal regions? Are they not begging for resource control today?”

What all Biafrans are saying is that we do not want Igbo presidency, we have rejected the Zoo and all it stands for.

Ohanaeze, in a statement by its spokesman, Chuks Ibegbu, noted that “with the mood of the nation today, an Igbo will hopefully succeed President Muhammadu Buhari in 2023.”

Before they start saying we have insulted anybody, could those who are clamouring for their turn to loot please conduct a plebiscite to understand the wishes of our people before coming out to make these pronouncements.

We did not die for one-Niggeria Zoo presidency. Some of these people are now making the same mistakes that Azikiwe made in the past. They never ever learn.

Which Niggeria Zoo Republic are you going to salvage? Are you not the same people that connived with Fulani terrorists in uniform to bring Operation Python Dance to our land?

Are you people clamouring for presidency not the same people giving our land to invaders? Are you not the same politicians that pocketed money meant for our infrastructures?

How will becoming a Zoo president make any difference? Is it not the same Zoo where the entire government is marred in criminality?