Back to all posts
Home
/
Breaking
/
Nnamdi Kanu mocks Wike, Others as Presidency snubs their Meeting 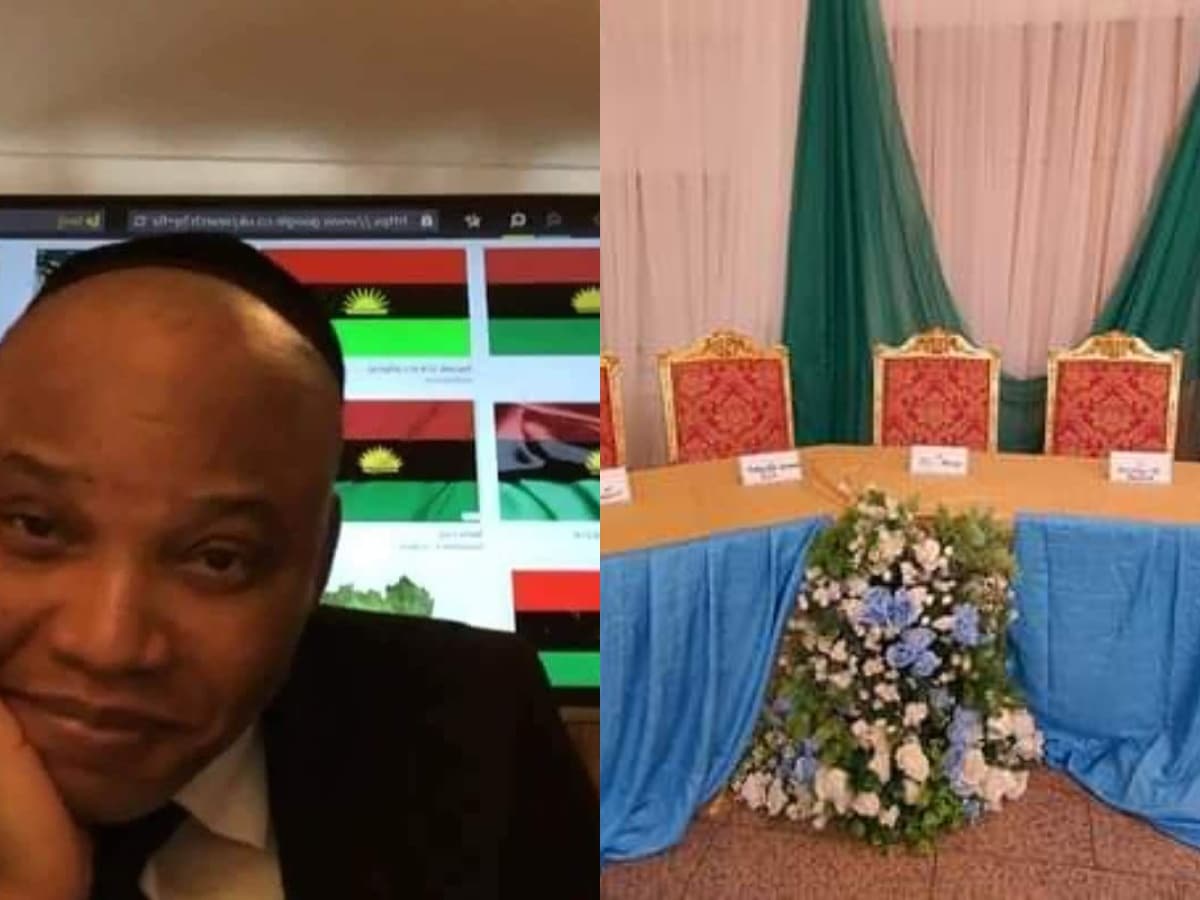 Nnamdi Kanu has reacted to the outcome of the botched meeting between the South South Leaders and the Presidency of Nigeria.

The meeting which was grossly snubbed by the Nigeria presidency left the south south governor in uproar of anger.

representatives of traditional rulers, leaders from the six south-south states and all the governors in the region who arrived Port Harcourt Monday, Nov. 16th for the meeting which was originally scheduled to commence by 11 am on Tuesday became infuriated when they were told by 3 pm that the delegation from the Presidency, which was to be led by the Chief of Staff to the President would no longer be attending.

The Governors has said that the Nigeria Presidency embarrassed the people of the South south and so demand apology.

Reacting to the Development, Indigenous People of Biafra IPOB leader Nnamdi Kanu has given the reason for botched meeting and also mocked the Rivers state Governor, Nyesom Wike.

“Bunch of shameless fools! After killing their own people, allowed Miyetti Allah to take over parts of Delta State with its attending terror atrocities, here is an assemblage of the worst fools ever to occupy Governors Logde in Biafraland. South South indeed! Why not Niger Delta or Bendel or Mid-West. Lunatics!”

“Wike thought by killing his people at #Obigbo, his master Tambuwal will pave a way for him to see Yusuf Mohammed Abubakar to gloat over his evil deeds. The little pot-bellied Hitler moustached mass murderer never knew he will be treated as the little traitor he is. Dead man walking”

The Nigeria Presidency has snubs the meeting with the South-South Governors and leaders which was scheduled. The meeting which was called at the instance of the presidency ended in rage as  at the Banquet Hall…