The Security Challenges in Nigeria has serious generated momentum as to this the President Buhari is consulting key Nigerians to rattle it.

Muhammadu Buhari and leadership of the National Assembly (NASS) on Monday in Abuja expressed serious concern over security challenges facing the country and agreed to do all they could to tackle the problems.

The Senate President, Ahmad Lawan, confirmed this development to the State House correspondents at the end of a closed-door meeting between the president and the leadership of the NASS.

He said the meeting discussed all issues of security including the performances of the security agencies in addressing the menace of insurgency, banditry and kidnapping in the country.

He also said the resolutions of the National Assembly on insecurity, part of which was that service chiefs should be asked to resign or sacked were discussed.

He said, “We met with Mr. President over the security issues in the country and other matters of governance. The recent security challenge this country is facing requires that we work very closely.

We had the debates in the two chambers of the National Assembly last week and resolutions were taken and we have come to discuss with Mr President on the way forward, what we feel about some of these security challenges and also to ask him what he thinks we should do.

“We discussed everything that matters as far as the issue of security of this country is concern.’’

Lawan further revealed that the meeting discussed the need to provide additional necessary equipment and welfare for the nation’s armed forces and the police, to enable them operate and perform efficiently and effectively.

The Senate President added that the Presidency and National Assembly were on the same page as President Buhari had expressed serious concern over the security situations in the country.

“Of course as the leader of this country he is more worried than anybody else about the situation.

On whether the removal of service chiefs from office would solve the nation’s security challenges, Lawan said, “You see, in matters of security of course as leaders we are supposed to lead but when it concerns security every single citizen matters in this.

“So, it is for all of us, citizens and leaders to ensure that we are playing our part as it is necessary.

But I believe that now the time has come, we have reached a tipping point that everybody in Nigeria is concern about the security situation and therefore, we are all prepared and that is why we have come to meet with Mr President as leaders of National Assembly on behalf of our colleagues, to discuss the way forward.

“And of course, I believe that citizens participation is critical and crucial.’’

Lawan also stressed the need to provide better welfare conditions for members of the security agencies to enable them to deliver meaningful results in the fight against insurgency and crimes in the country.

He said, “It is also critical that because we are dealing with human beings, you are asking the military, the police to go and fight insurgents, kidnappers, and bandits, you also need to do something for their welfare.

How do they live? Where do they live? What is the condition of the schools for their children? So, these are issues that are very important and could have very impact outcomes when we are able to do the right thing and we will do them.

The question of security is uppermost in his mind and he opened up to us and you must understand that some communications are privileged, but suffice to say that the President is concerned and he intends to do something about our challenges.’’

The Speaker, House of Representatives, Femi Gbajabiamila, who also spoke to State House correspondents after the meeting, said the national assembly had resolved to set up a committee that would review issue of security periodically.

“We are talking, even just right now we have gone on to set up a committee that will periodically review the issue of security, maybe once a month or once in six weeks, which will involve the two arms of government and the party,’’ he said.

He expressed optimism that Nigerians would begin to see positive changes as major progress was made in their discussion with President Buhari.

Pressure has continue to arise for  Nigeria President Muhammadu Buhari to resign due to the incessant security challenges facing the country.   To this the National Publicity Secretary of the Nigerian Bar Association, NBA, Mr.… 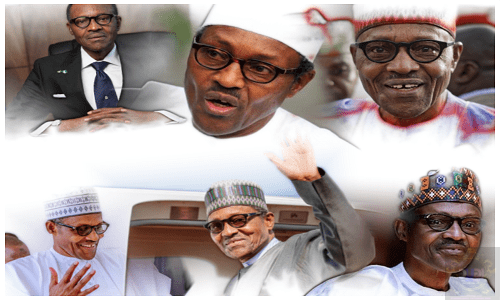