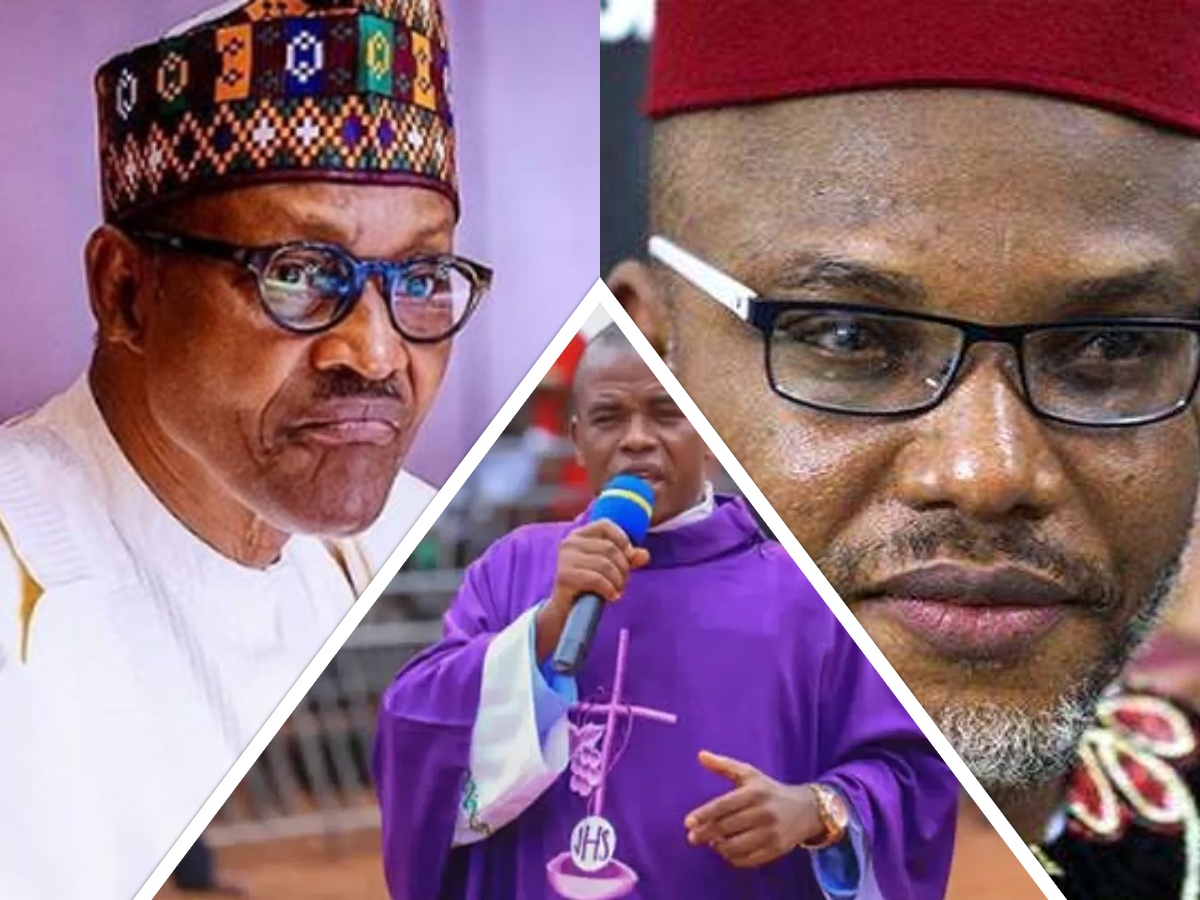 Leader of the Proscribed Indigenous People of Biafra, Mazi Nnamdi Kanu has called on Igbos to ignore claims by the presidency that

Father Ejike Mbaka criticised the President because he was denied contracts but rather defend their brother.

ANG recalls that the priest on Friday called on President Muhammadu Buhari to resign for failing to address the lingering security crisis across the country.

Mbaka who claimed that the president has failed woefully urged the National Assembly to ensure that Buhari is impeached if he failed to resign.

The call generated controversy as the president alleged that Mbaka’s comment followed Buhari’s refusal to grant him contracts after he made the request.

A statement by Garba Shehu, Senior Special Assistant to the President on Media and Publicity, said Mabaka had visited the president at the State House demanding contracts as a reward for his support in the 2015 and 2019 general elections.

However, Buhari informed him that due process must be followed.

Reacting, the IPOB leader, in a post on his official Facebook page on Saturday urged the Igbo people not to hate their fellow Biafran.

The post reads: “Rev. Father Mbaka MUST be defended regardless of his perceived faults.

“Don’t allow the trusted character assassination antics of the Janjaweed Caliphate to cause you to hate your own.

“After we subdue the Caliphate we can then come home and allocate blame in-house. Never join outsiders to destroy your own”.

Gunmen suspected to be members of Eastern Security Network (ESN) on Saturday killed no fewer than two policemen in Akwa Ibom. It was gathered the hoodlums, who invaded Ikono Police Divisional Headquarters at Ibiaku Ntok…