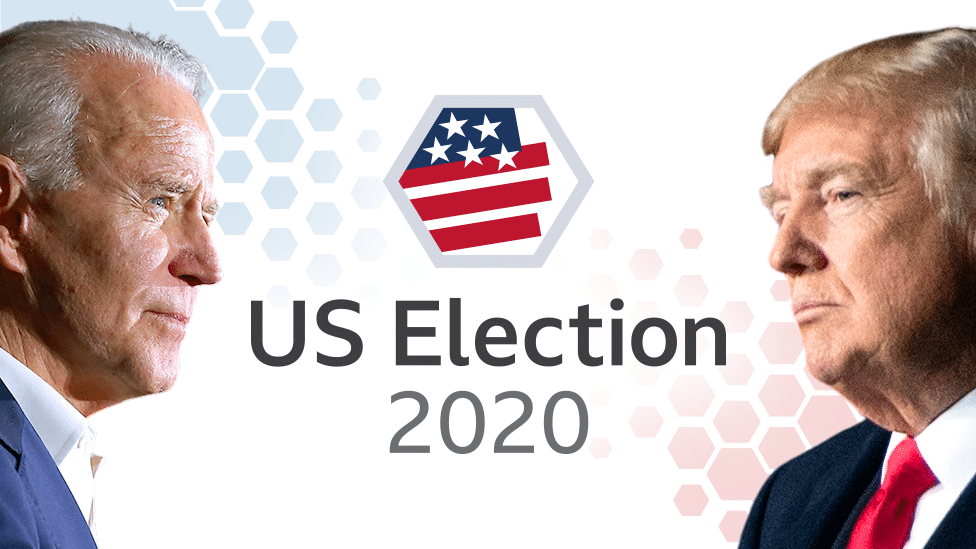 As Results trickle in Across the states in the United States of America here it is, Donald Trump of the Republican vs Joe Biden Democrats

Can Donald Trump defy the polls for a second time and beat challenger Joe Biden in his bid to win the 2020 US presidential election?

Specific steps are required to elect the President. The winner of the 2020 US Presidential Election can only be officially declared after Congress counts the Electoral College’s votes.

Once voting concludes, state law guides the deadlines for counting and certifying election results. Most states will have fully certified results within a few weeks of Election Day.

The Electoral College is a body of electors that was established by the United States Constitution and guided by federal law.
The electors chosen by the popular vote in each state will meet on Monday, December 14 to cast each jurisdiction’s electoral votes for president and vice president.

Those votes are then transmitted to Washington, DC to be counted. A candidate must receive a majority, at least 270 of the total 538 Electoral College votes, to be elected president.

On January 6, 2021, Congress will meet to count the electoral votes and declare the winner of the presidential election.

The Constitution sets January 20, 2021 as Inauguration Day. On this date, at noon Eastern Time, the president and vice president selected by the process described above will be sworn into office.

The tweet on votes theft by United States President Donald Trump has been restricted.

Twitter took the action after the President claimed that some persons were trying to steal the election.

“We are up BIG, but they are trying to STEAL the Election. We will never let them do it. Votes cannot be cast after the Polls are closed!” he tweeted.

Twitter has prevented users from commenting, liking or retweeting.

“Some or all of the content shared in this Tweet is disputed and might be misleading about an election or other civic process”, a message read.

The policy warns against usage of the platform to interfere in elections or other civic processes.

“We placed a warning on a Tweet from @realDonaldTrump for making a potentially misleading claim about an election. This action is in line with our Civic Integrity Policy,” Twitter said.

Twitter and Facebook had announced that they would flag posts that make claims about the elections or results.

President of the United States of America, Joe Biden has threatened to sanction countries that have refused to make laws to accommodate Lesbian, Gay,...

US: ‘I foresee divorce between Trump, Melania, he’ll be disgraced’ – Primate Ayodele

The leader of INRI Evangelical spiritual church, Primate Elijah Ayodele has said that he foresees a divorce between the President of the United States...

Femi Fani-Kayode, a staunch supporter of US President Donald Trump says the ruling All Progressives Congress wants Democrat Joe Biden as the next US...