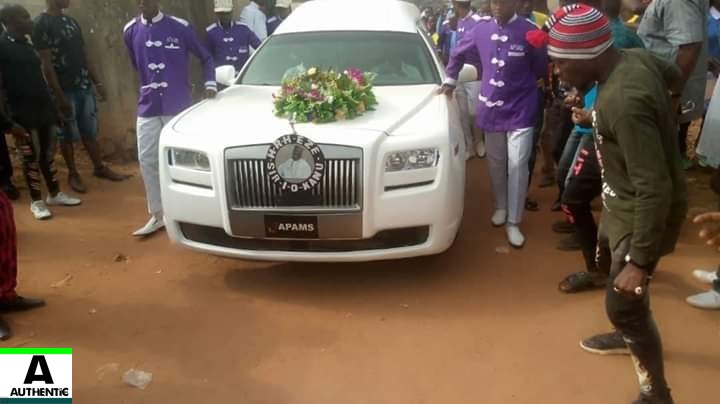 AUTHENTIC NEWS GIANT will give you full coverage Of the event as we bring you Live  Updates from the  Isiama-Afaraukwu Ibeku, Umuahia Abia State.

Listen to the Live Broadcast of the event ( Radio) – Click here

KEEP REFRESHING TO GET LIVE VIDEO

The children of His Royal Highness, Eze Israel Okwu Kanu and Ugoeze Sally Meme Kanu have described their parents as people that lived an impeccable life.

The family stated this at a commendation service for their parents at St Andrews Anglican Church Afaraukwu.

Kanu’s family in a funeral oration noted that their parents were epitome of humility, service and people that defended the truth even at a great cost which was why they held various leadership and trustworthy positions.

“In a country where people seek after fortune by every means possible; you both built a godly family of a healthy brood of boys and girls who loved the very ground on which you both trod.”

On the love the couple shared while they lived, the family stated “the lives of Papa and Daada were a great success. They lived well, laughed often and loved much. They gained the respect of intelligent people and the love of children. Today, they are leaving the world a better place than they found it because freedom is in the air, the journey to the promised land and of hope, freedom and peace is within touching distance.

“Our consolation today is that we know for certain that Papa and Daada are resting in the presence of Almighty God CHUKWU OKIKE ABIAMA puru ime ihe n’ile qnd watching over us… What they accomplished in life, from this compound and in this village, will echo throughout history. ”

In his homily, the officiating minister, Rt. Rev. Geoffrey Obijuru Ibeabuchi, the Bishop of Umuahia Anglican Diocese who took his texts from Ecclesiastes 9 vs 55-56, Mark 8:36-37 and Romans 14:12 spoke on the topic “The living know that they will die”.

Ibeabuchi while reminding Christians and other living that they will still stand before God in judgement to render account of their deeds, hence the need for them to live a godly family for the dead doesn’t have any need for material gains.

Unlike the tension associated with the burial, the burial was peaceful 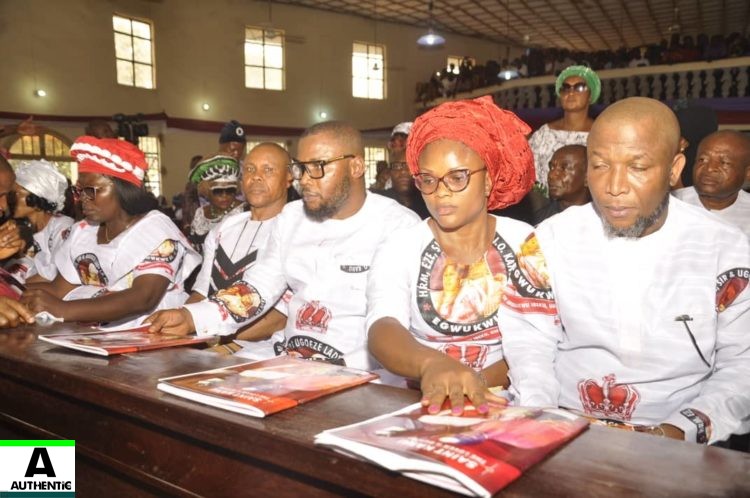 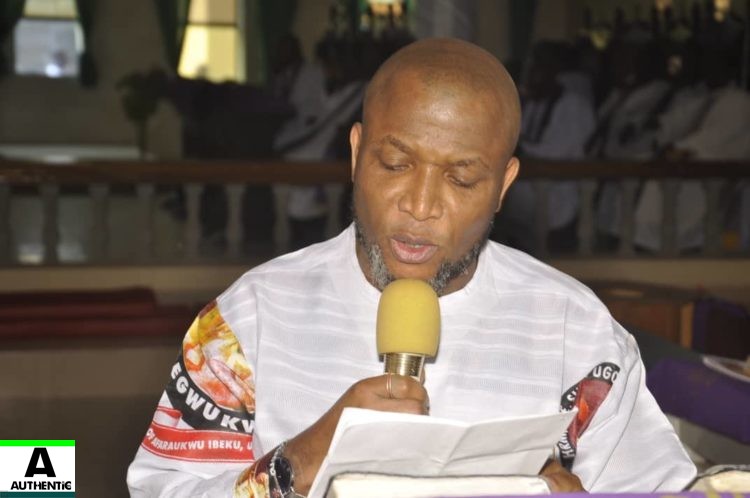 As The Burial of Nnamdi Kanu Parents proceeds Buses conveying mourners has been detained by Nigeria military and Police officers according to Nnamdi Kanu.

Nnamdi Kanu gives locations that his mourners has been detained….

1) At Aro Ngwa Army Check Point , 2 coaster buses conveying people for the burial at Umuahia have been detained by the Nigerian military for no reason….. READ FULL 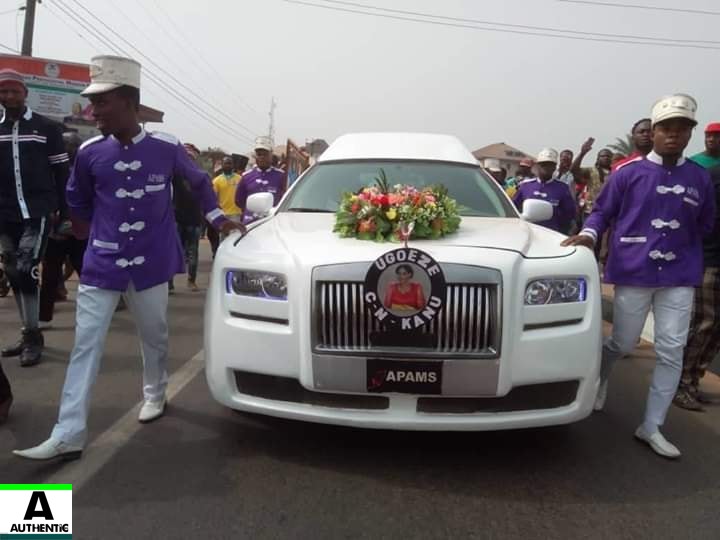 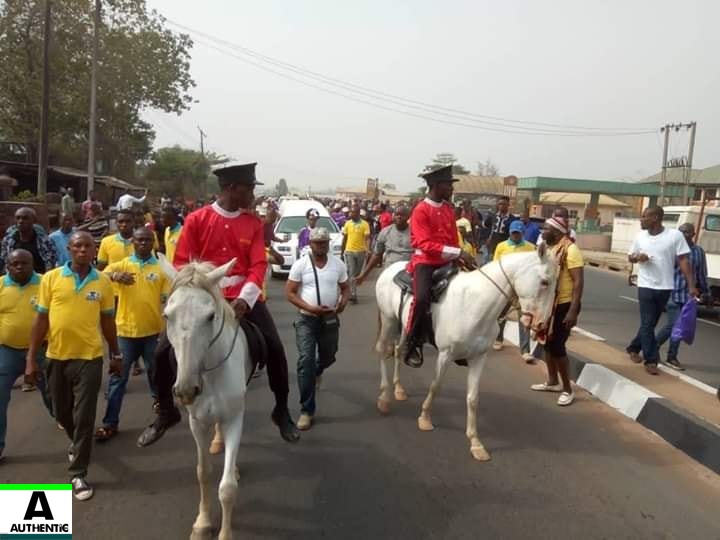 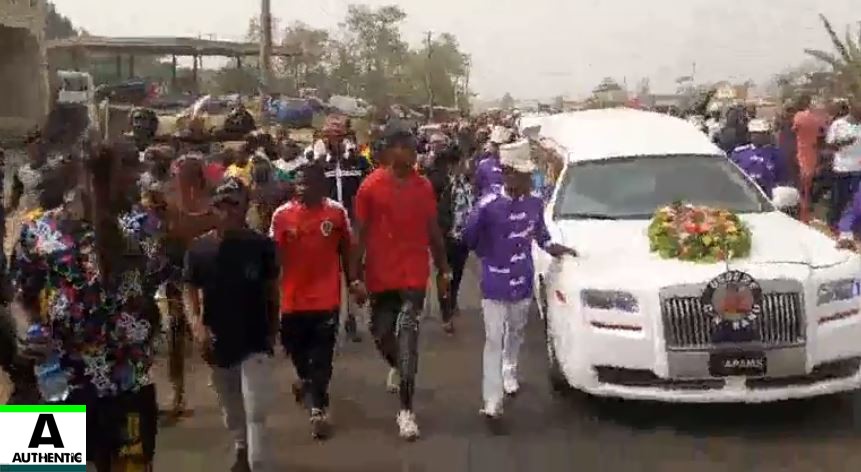 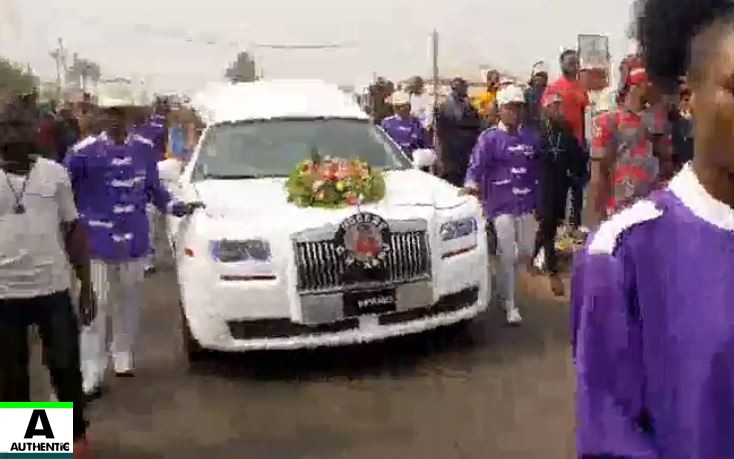 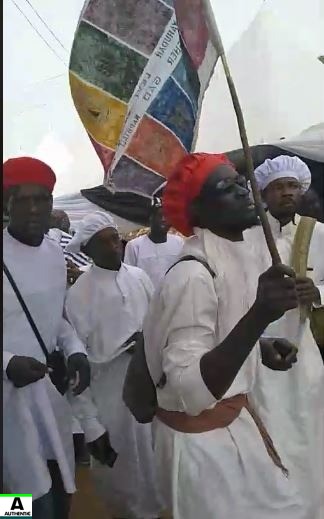 There is palpable tension as all is set for the burial today of Eze Israel Kanu and his wife, Sally, the parents of the leader of the Indigenous People of Biafra, Nnamdi Kanu.

The burial will hold in Isiama Afaraukwu in the Umuahia North Local Government Area of Abia State.

AUTHENTIC Learnt that there was heavy presence of policemen at the command’s headquarters ready for action during the burial.

Earlier in the day, the Commissioner of Police in Abia State, Mr Ene Okon, ordered the removal of Close Circuit Television installed by unknown persons around Isiama Afaraukwu Umuahia ahead of the burial of Eze Israel Kanu and his wife Sally.

Okon spoke during a final meeting with the elders of the three communities that made up Afaraukwu on Thursday at the command’s headquarters in Umuahia. The meeting was meant to avert crisis.

He said the command had made plans to police the burial venue and would implement it to the latter.

He maintained that the state police command was ready to provide security during the burial of the monarch and his wife, adding that he had no plans to scuttle the burial.

He said, “I invited the elders of the Afaraukwu communities to tell you how prepared we are for the burial of the deceased monarch and his wife.

“I’m sure that the community selected February 14 as the burial date for the King and his queen to indicate the love they have for each other and I commend you for that.

“I want to assure that we are prepared to provide security during the burial of the monarch and beyond; but the police would not fold its arms and watch any group truncate the peace of Afaraukwu and Abia State in the name of IPOB, which is a proscribed organisation.”

The CP urged the elders to warn the Leader of IPOB, Nnamdi Kanu, to desist from playing propaganda with his parents’ burial.

“We are aware through intelligence that many IPOB members had arrived Kanu’s home on Wednesday night.

“But we advise him to let them remain in his house and if he wants them to bury his parents, let them do that within his compound while the elders sit down and watch them. Let them and posterity judge that,” the CP added.

Responding, The President-General of Isiama Afara community, Chief Ikechukwu Ndubueze, said the community had remained peaceful and were ready to work with the police to ensure that the burial of its late monarch and his wife would be peaceful.

Wake Keeping in going on

Wake Keeping Service is ongoing as of 1:13 am. 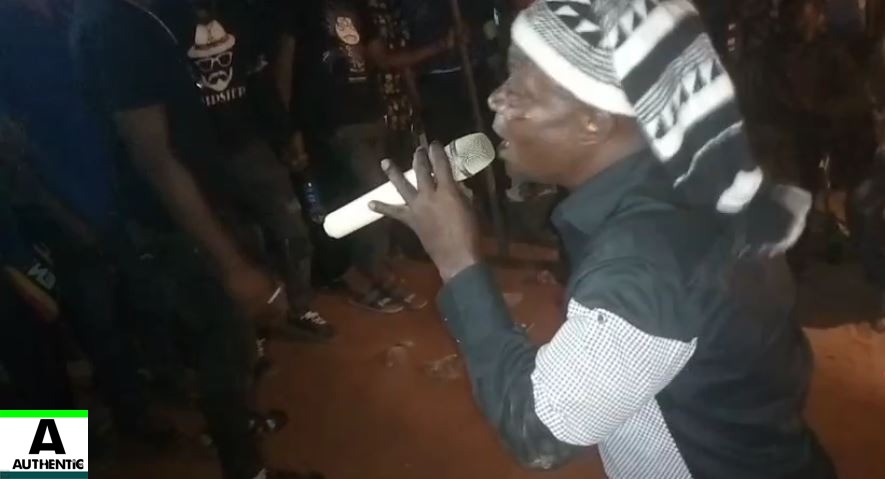 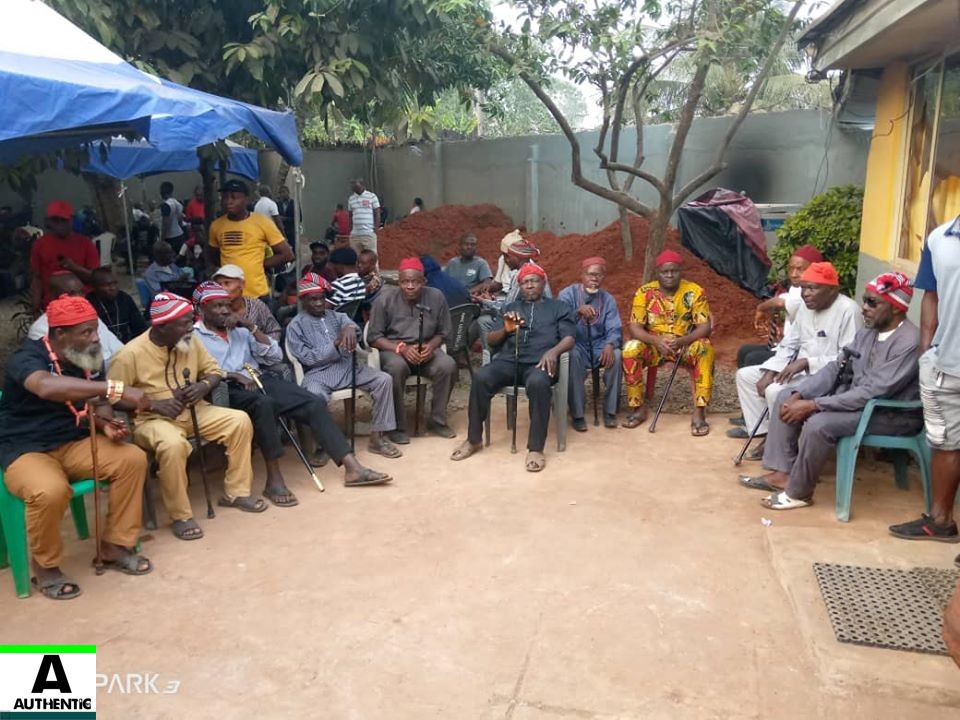 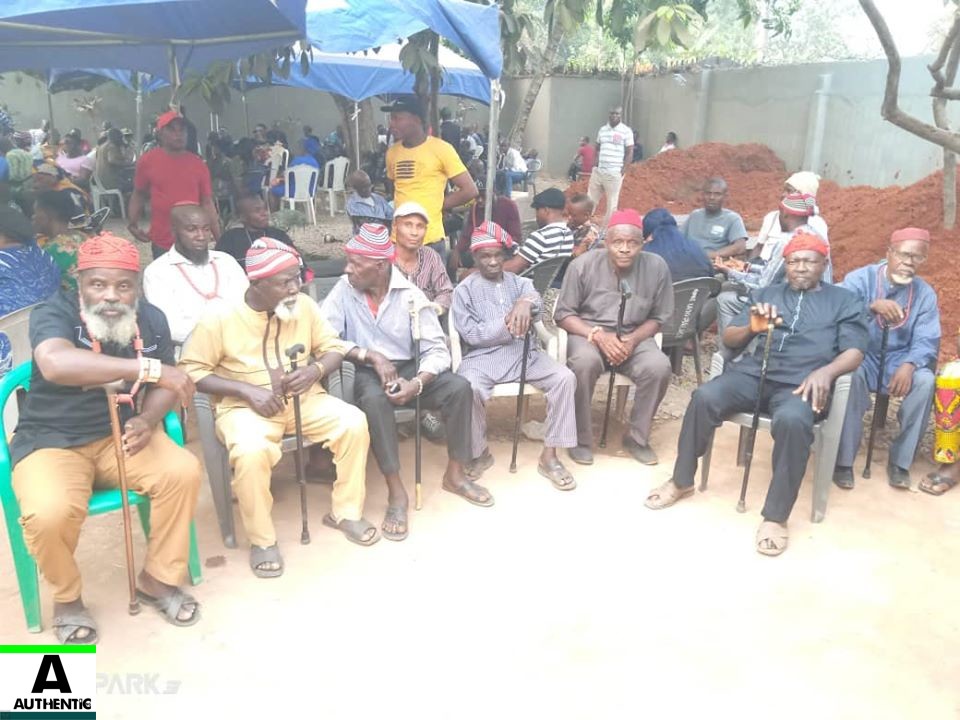 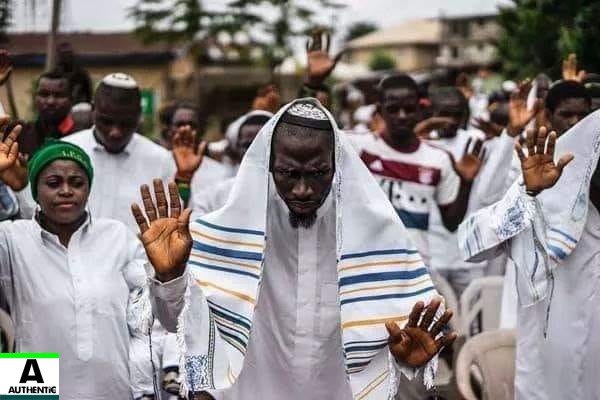 Information reaching me now is that two buses conveying Jewish worshippers on their way to my hometown Isiama-Afaraukwu Ibeku, Umuahia Abia State for the funeral of my parents have been abducted at Isiala-Ngwa Junction by a combined team of Nigerian soldiers and police. They are currently being detained in their barracks.

A detachment of Mobile Police team numbering about 100 has reportedly arrived Umuahia, the Abia State capital ahead of the Burial of Nnamdi Kanu parents. 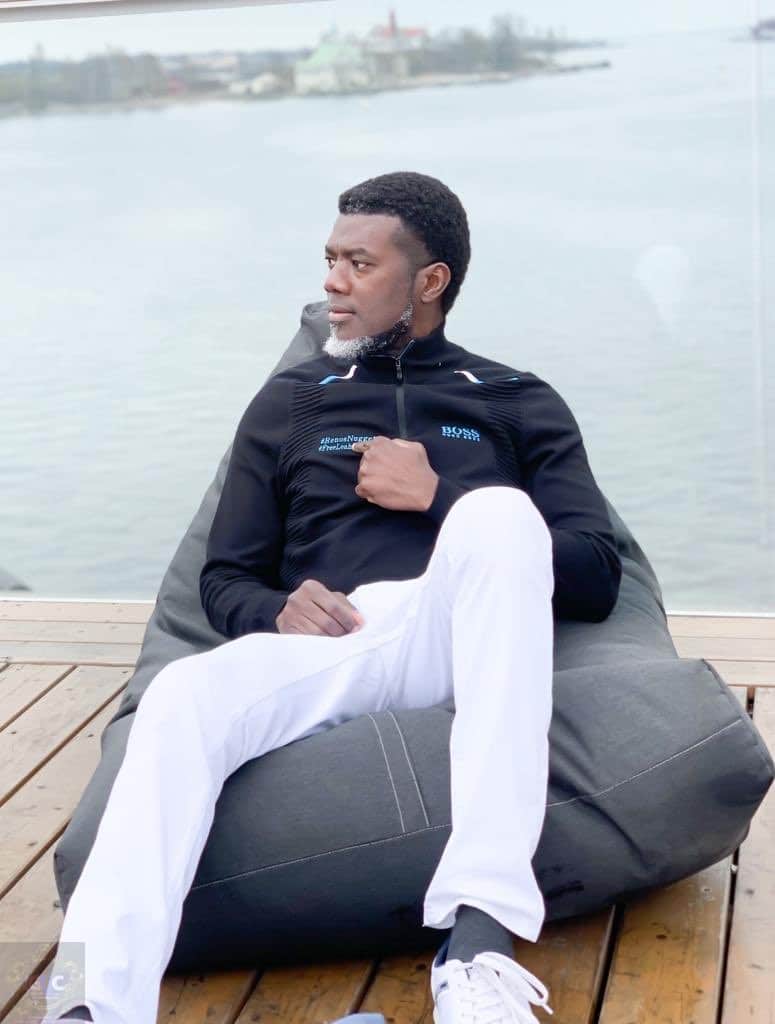 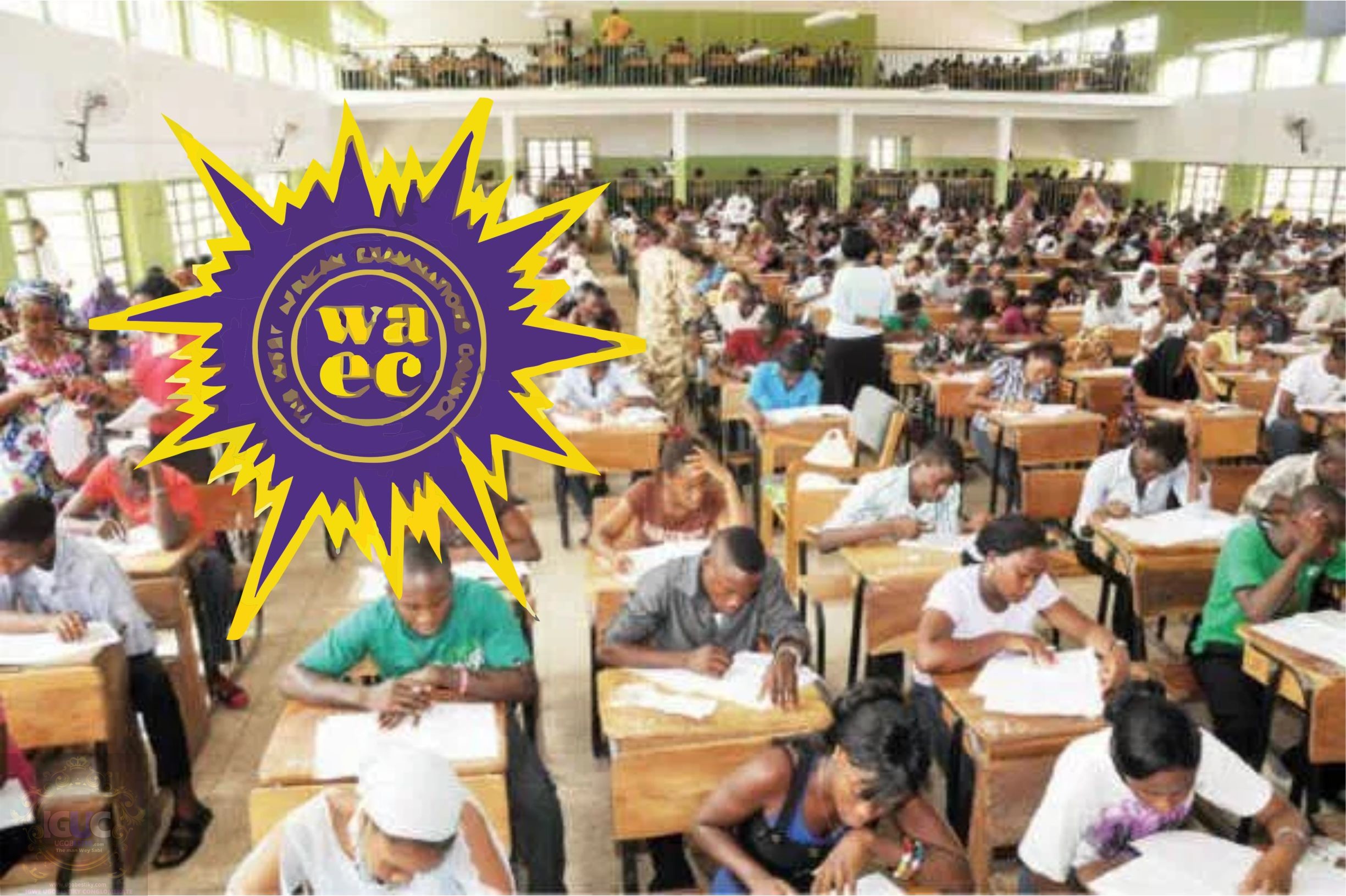 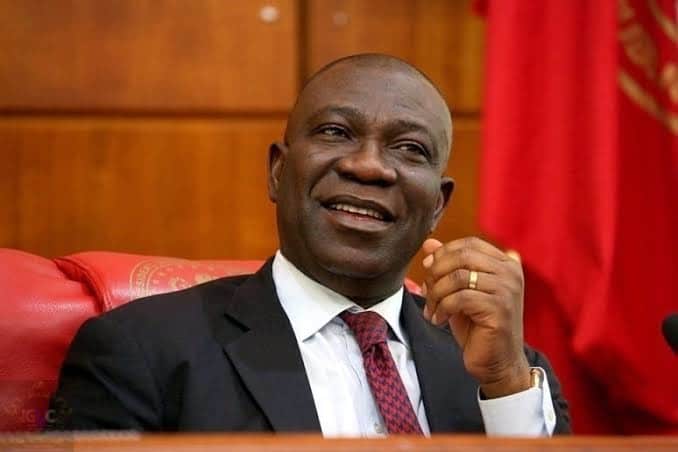