Back to all posts
Home
/
Politics
/
Keyamo Drags Atiku, EFCC, Others To Court Over Money Laundering Allegations 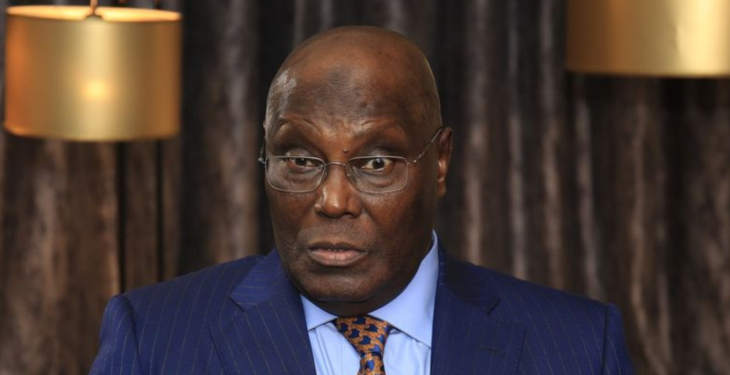 A Senior Advocate of Nigeria (SAN), Festus Keyamo, has filed a writ of summons at the Federal High Court in Abuja against the presidential candidate of the Peoples Democratic Party (PDP), Atiku Abubakar, over corruption allegations.

Keyamo, who is also the spokesperson for the All Progressives Congress Presidential Campaign Council, also named the Code of Conduct Bureau (CCB), Independent Corrupt Practices Commission and Other Related Offences Commission (ICPC), and the Economic and Financial Crimes Commission (EFCC) as 2nd, 3rd and 4th defendants respectively.

The plaintiff is asking the court to compel the 2nd, 3rd and 4th defendants to investigate, invite and or arrest the 1st defendant, Abubakar, over corruption allegations relating to a certain bank belonging to a company named Marine Float and other accounts of two undisclosed companies, which information Keyamo says was divulged to a certain aide by the name micheal achimugu.

In a statement of claim sent to Authentic reporters, Keyamo alleged that the whistleblower, Micheal Achimugu, went public with the claims and avered that he had obtained the certified true copy of the said affidavit, which he hopes will be relied upon in the suit.

Some of its contents include how said accounts were allegedly used as special purpose vehicles (SPVs) to secretly divert and misappropriate public funds between 1999 and 2007 when the 1st defendant served as Vice President of Nigeria.

Reacting to the purported statement, the Sultan through his media team described the statement as misleading information circulated by Peter Obi’s campaigners whom he described as pitiable political campaigners. The Sultan of Sokoto, Alhaji Muhammad…