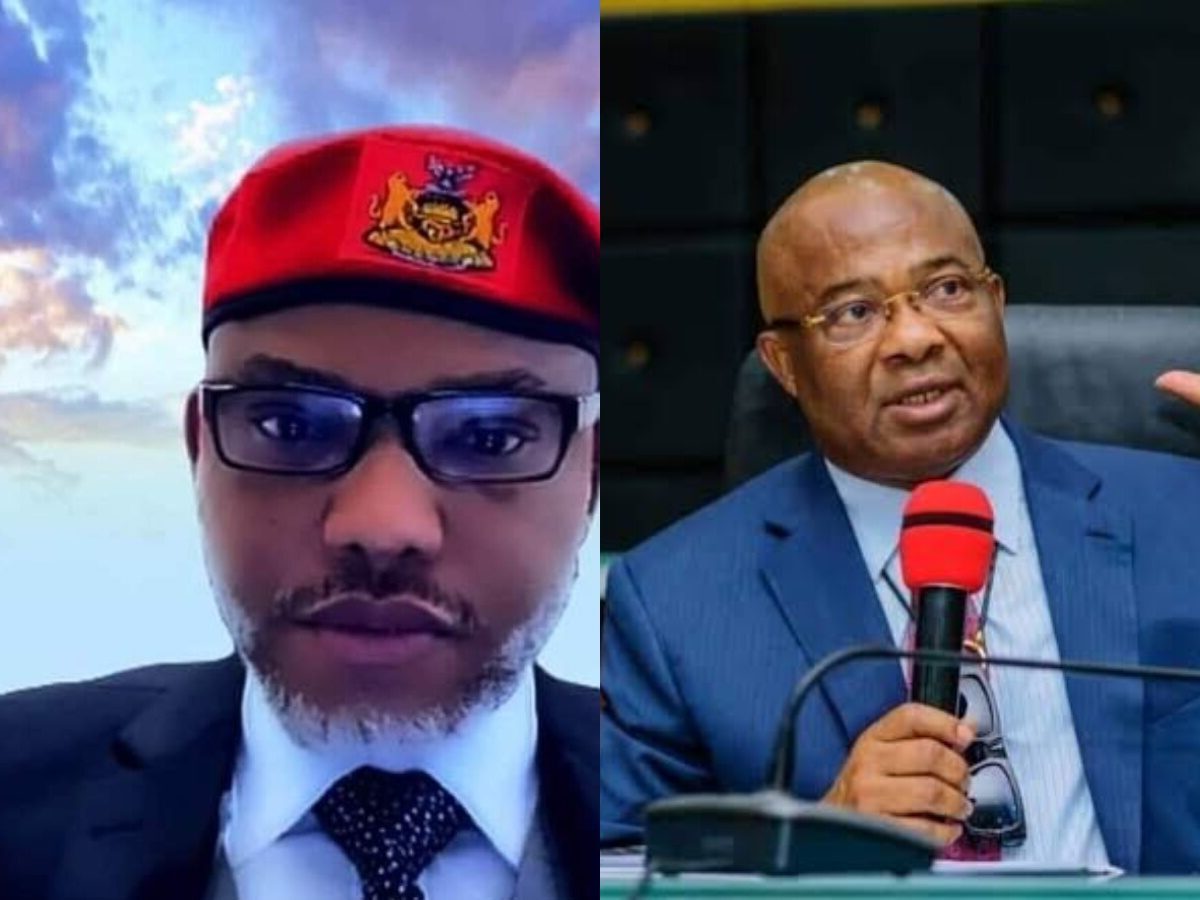 The Leader of Indigenous People of Biafra IPOB, Mazi Nnamdi Kanu has sent a strong message to the Governor of Imo State, Hope Uzodinma.

Nnamdi Kanu said “Hope Uzodinma, mene mene tekel upharsin’ which he took from Bible book of Daniel “it means that God had weighed Hope Uzodinma and his Government, had found them wanting, and would destroy them: Dan. 5:25.

On  Britain imported Armies training Nigeria Soldiers, Nnamdi Kanu said “If someone has a gun and is trying to kill you, it would be reasonable to shoot back with your own gun”. Dalai Lama

They couldn’t kill all of us during 1967 to 1970 British WAR against BIAFRA, Would they win in this 21st century? The answer is NO. #Neveragain✊