Back to all posts
Home
/
News
/
If Wike, Hope Uzodinma Does not Die then Know that I am Not Nnamdi Kanu 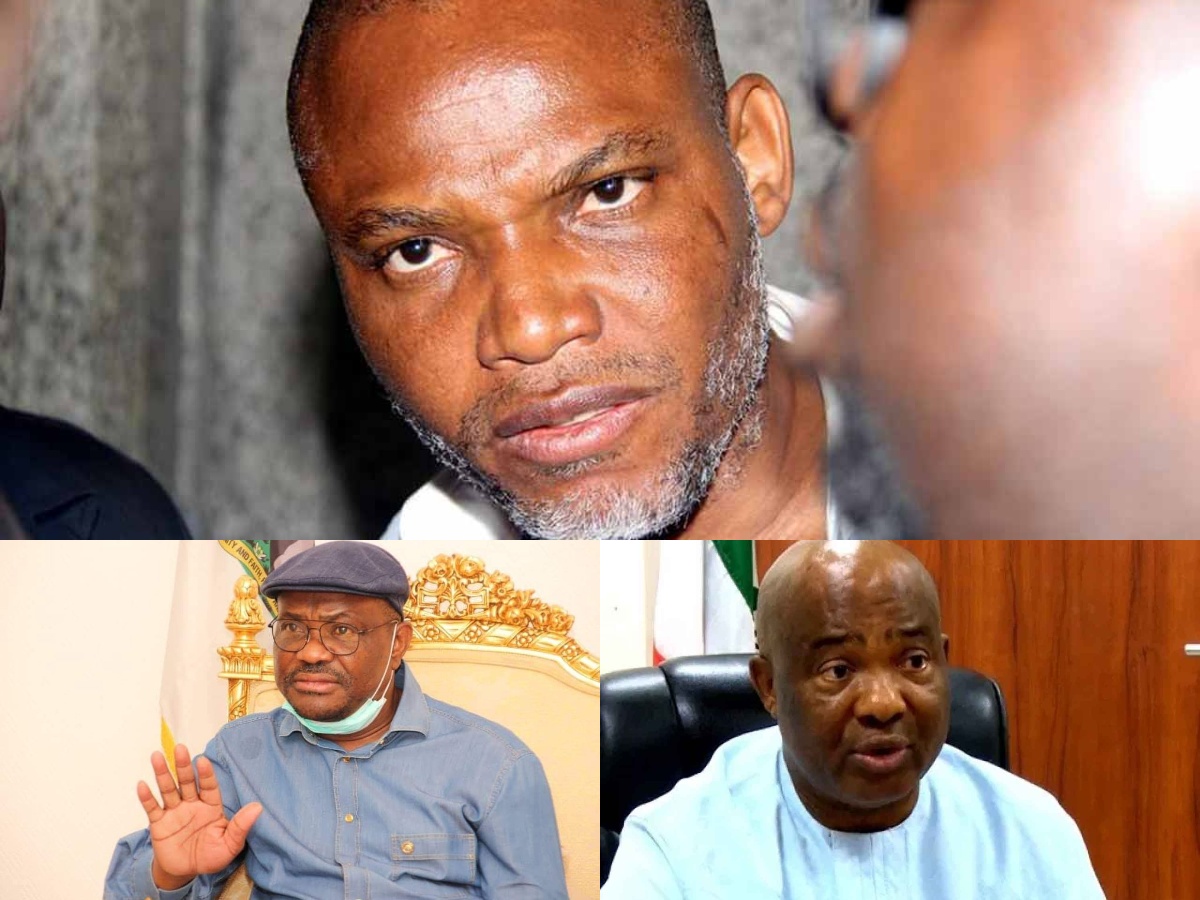 Nnamdi Kanu querying Governor Ortom Deposition over Shoot at sight order given to Nigeria security agencies to people seen with AK-47 but had been deferred by the Nigeria Defence Minister because the bandits are his people.

Ortom wondered why Buhari would order shoot at sight on anyone carrying AK-47 and the Minister of Defence would come out to counter the president’s order.

Nnamdi Kanu wondered why The Defence Minister will defend bandits welding AK 47 fire arms and the Governors in the South (mentioning Nyesom Wike and Hope Uzodinma) killing their own people instead of protecting them.

“The Minister of Defence said they cannot kill their own Fulani Man although they are bandits, take them to Court but you came  and killed Ikonso defending his father land and you want us to be happy, Hope Uzodinma you are a dead man, I will kill you and you will die, Wike will die, say I said so this morning.”

“We are going to show you madness, We will show you fashionable madness.

“Wike You will block every entry (curfew) and block to your own bedroom, I will sacrifice everything to get Biafra. Wike all that money you stole and bank abroad, Wike you will not enjoy and neither will your children. I will show you people Insanity. Let us be going in the coming days and weeks.”

“Hope Uzodinma let me get you in Imo State, you will see madness in your next life if you hear Ikonso you will be running. It is either you produced Ikonso Alive if not anywhere you find him. He is gone.

Nnamdi Kanu also warned the EbubeAgu security outfit ” Any Body wearing Ebube-Agu uniform I will kill, go and tell Dave Umahi what I am saying. We will start with Ebonyi. From Today I will hunt over Ebube Agu. If you join Ebubeagu you have signed your death warrant.”

Nnamdi Kanu, Leader of Indigenous People of Biafra IPOB has replied the threat by Miyetti Allah leadership wanting to take up the IPOB for flushing Fulani Terrorist in Igbo land. The Miyetti Allah Cattle Breeders’…