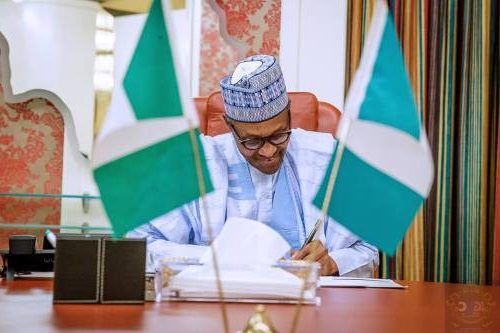 President Muhammadu Buhari during his Independence Day speech vowed that his administration would take a “firm and decisive action” against promoters of hate speech and other divisive materials on the Internet.

“Our attention is increasingly being focused on cyber-crimes and the abuse of technology through hate speech and other divisive material being propagated on social media,” the president said in the televised address Tuesday morning. “Whilst we uphold the Constitutional rights of our people to freedom of expression and association, where the purported exercise of these rights infringes on the rights of other citizens or threatens to undermine our National Security, we will take firm and decisive action.”

Nigerians largely condemned cyber-crimes and hailed recent arrests of online fraudsters of Nigerian origin by the United States authorities. But the president’s overall tone on social media speech appeared a morale booster for security agencies in their brutal and sustained assault on citizens accused of stretching the limits of acceptable speech. The repressive tactics have met outrage and condemnation from rights groups around the world.

The police and State Security Service (SSS), a domestic intelligence agency despised by Nigerians for its old-fashioned regime protection blueprint, have made regular arrests of journalists, bloggers and social media commentators since Mr Buhari assumed office in 2015.

The violence has worsened in recent weeks, with citizens being increasingly incarcerated under a broadening, government-defined ‘hate speech’ declaration.In July, the SSS said it arrested many Nigerians for posting ‘inciting materials’ on the Internet in a nationwide sweep. The agency did not disclose identities of those arrested, neither was it transparent about when or where they were arrested.

Igbo Youth Assembly (IYA) Worldwide, a  political pressure group on Tuesday urged Nigerians across the country to support the administration President Muhammadu Buhari as he strive to unite the nation. President General of IYA, Mr…