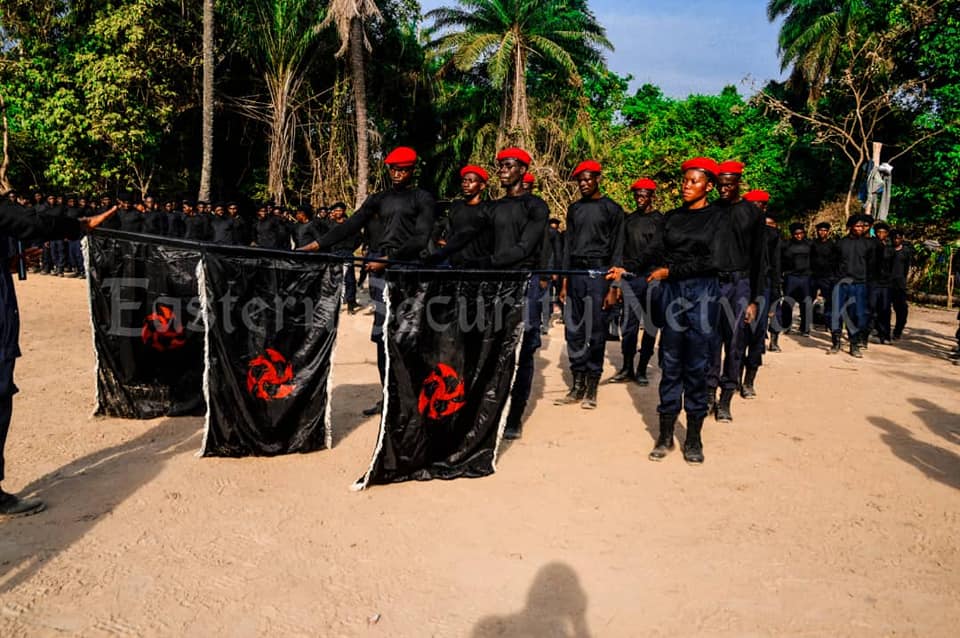 Operatives of the Eastern Security Network (ESN) operatives have invaded the camp of Fulani herdsmen in Enugu State, chasing them away and killing two of their cows.

In a trending video, ESN operatives were seen chasing the herdsmen out of the forest.

It was learnt that residents of the area had earlier told the herders to stop destroying their farms but they refused.

However, while the herdsmen were chased out of the bush, a serious warning was given to them by ESN operatives not to return if they value their lives.

The video is coming few days after the Indigenous People of Biafra (IPOB) claimed that the leader of Fulani bandits, Mohammed Isa, whom they arrested a few days ago in Benue State, had been killed.

Media and publicity secretary of the group, Emma Powerful, had told SaharaReporters on Thursday that the ESN would not spare terrorists.

IPOB’s leader, Nnamdi Kanu, had in December 2020 launched ESN to protect the people of South-East and South-South regions from terrorists and bandits allegedly trooping in from the North.

The IPOB leader described the outfit as a replica of the Western Nigeria Security Network, also known as Amotekun, earlier launched by the South-West governors to curb insecurity in the region.

“The sole aim and objective of this newly formed security outfit known as Eastern Security Network are to halt every criminal activity and the terrorist attack on Biafraland,” Kanu had said.

“This outfit, which is a vigilante group like the Amotekun in the South-West and the Miyetti Allah security outfit, will ensure the safety of our forests and farmland, which terrorists have converted into slaughter grounds and raping fields.”

There have been clashes between the military and ESN operatives in Orlu, Imo State, leading to the death of at least five persons.

Recently, it was also learnt that some Nigerian soldiers resigned and joined the ESN because the ESN, being funded by both international and local donors, had better welfare packages for its officers than the military.

“The Kanu ESN boys are not a bunch of rookies and untrained fellows brandishing guns. I know five guys from my hometown in Anambra State who left the Nigerian Army to join the ESN. Two of them were formerly serving in Operation Lafiya Dole, Borno State before they quit.

“We are reliably informed that there are other soldiers, particularly of the South-East extraction, who will soon leave for other various reasons and they are likely to be recruited into the fold,” a military source told SaharaReporters.

In July 2012, about 356 soldiers in the North-East and other theatres of operation had resigned from the army – some on voluntary retirement. Others cited the loss of interest as their reason for disengagement.