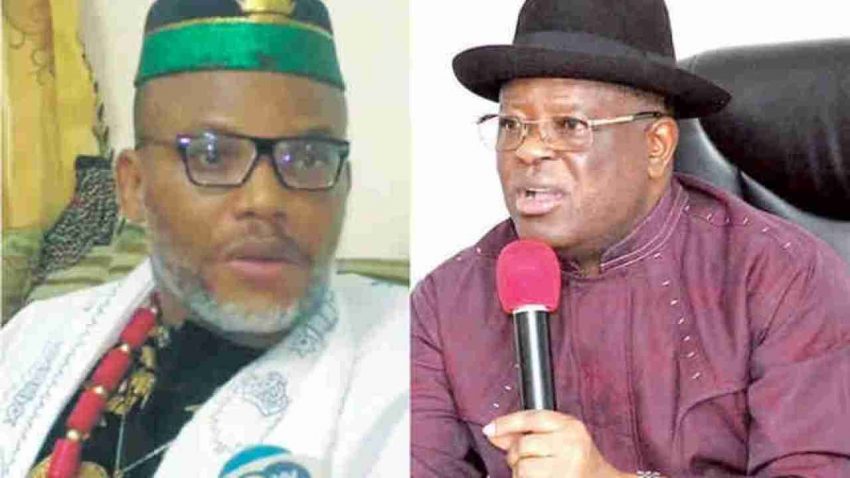 The Leader of Indigenous People of Biafra IPOB has revealed that the Ebubeagu Security Network launched by South East Governors is made of Fulanis in Ebonyi State Chapter.

Nnamdi Kanu blamed the Governor of Ebonyi State, Dave Umahi for encouraging the incessant killings of innocent Biafrans in Ebonyi.

Kanu said ” David Umahi has unveiled his own EBUBEAGU SECURITY NETWORK EBONYI STATE CHAPTER, made up of the Fulanis in Nigeria, their jobs are to chase families away from their communities, kill, rape and occupy their lands, that’s why he has been pointing fingers on anything he could possibly lay his hands on.”

“UMAHI this time the poor will wage the WAR, against the rich, and they will suffer the pains for killing innocent people in BIAFRA LAND.”

Nnamdi Kanu also urged the Youths in the region not to join the Ebubeagu.
“Dear Biafran Youths: Never allow anybody, Governor or whoever, to recruit you to fight your fellow #Biafran in the name of EBUBEAGU.”

“The ongoing WAR in our land is not driven by Biafrans but by Fulanis & ESN is on ground to stop them. If you desire to secure our land, join #ESN”

“Governors Umahi you’re the Chairman of Southeast governors forum, you decide what to do in SOUTHEAST alone and execute it the way you want without any objections.”

“You brought WAR to EBONYI STATE to kill your people and to handover their ancestral land to the Fulanis because, they only promise you Vice president slot which has not being given to you…. and what will be the faith of the EBONYI’S when they do so?”

“BIAFRANS are NOT your puppets and you people cannot manipulate us anymore. Only tell Biafrans how you would want them to serve you, your supper COLD, WARM or HOT the choice is yours?”

The Eastern Security Network operatives have released a photograph of a suspected Fulani terrorist killed during the violence which has engulfed Umuogudu Akpu-Ngbo Community in the Ohaukwu Local Government Area of Ebonyi State since Monday.… 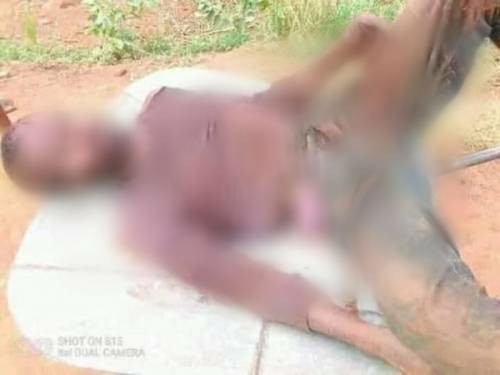