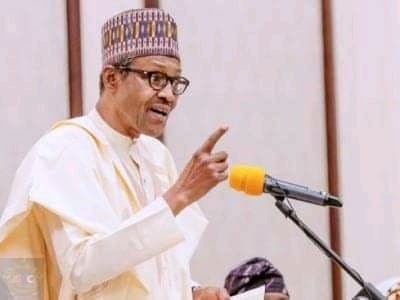 The Government of Nigeria headed by Muhammadu Buhari has steadfastly said that there will be no restructuring in Nigeria.

The Presidency has reacted to the renewed calls by some individuals and socio-ethnic groups to restructure Nigeria.

Buhari in a statement signed by Garba Shehu, the Senior Special Assistant to the President on Media and Publicity, said his administration will not succumb to threats and undue pressure over the matter.

This is coming days after Pastor Enoch Adeboye, General Overseer of the Redeemed Christian Church of God, RCCG urged President Muhammadu Buhari to restructure Nigeria to avoid the possibility of break up.

Some socio-cultural groups including Ohaneze Ndigbo and Afenifere, as well as Niger Delta agitators and individuals have renewed the call for restructuring of Nigeria.

Buhari dismissed the recurring threats as unpatriotic outbursts, adding that the government would not take any decision against the interest of 200 million Nigerians.

Part of the statement read: ”The Presidency responds to the recurring threats to the corporate existence of the country with factions giving specific timelines for the President to to do one thing or another or else, in their language, “the nation will break up.”

”This is to warn that such unpatriotic outbursts are unhelpful and unwarranted as this government will not succumb to threats and take any decision out of pressure at a time when the nation’s full attention is needed to deal with the security challenges facing it at a time of the Covid-19 health crisis.

”Repeat: this administration will not take any decision against the interests of 200 million Nigerians, who are the President’s first responsibility under the constitution, out of fear or threats especially in this hour of health crisis.”

Buhari added that as an elected leader under this constitution, he would continue to work with patriotic Nigerians in line with the Parliamentary processes to finding solutions to issues affecting the growth and wellbeing of the nation and its people.

Nigeria may choke to death, money meant for development being swallowed – Pastor Adeboye

He lamented that money meant for development was being pocketed by a few people while the masses suffered hunger and starvation.

According to him, the borrowing trend portends grave danger to the future and development of the country.

The General Overseer of RCCG said this during the church’s Special Thanksgiving Service yesterday.

The revered church leader warned that the country may choke to death under the heavy weight of foreign debts.

AUTHENTC ALSO POSTED: Adeboye lay curse on sponsors of terrorists in Nigeria, says they will not see new year

“There are people who want this nation to choke to death and we read all about it in the newspapers that money meant for the development of this nation is swallowed up even after seeing that the people are hungry,” he said.

“The Bible makes it clear that the borrower would be the servant of the lender and some of these people who pretend to be our friends manufacture guns and bullets.

“They rejoice when you have problems so that you can come and buy their guns and bullets and use them to kill your own people,” he said.

Here is a detailed Profile/Biography of The New Chief of Staff  to the Nigeria President Muhammadu Buhari, Babagana …