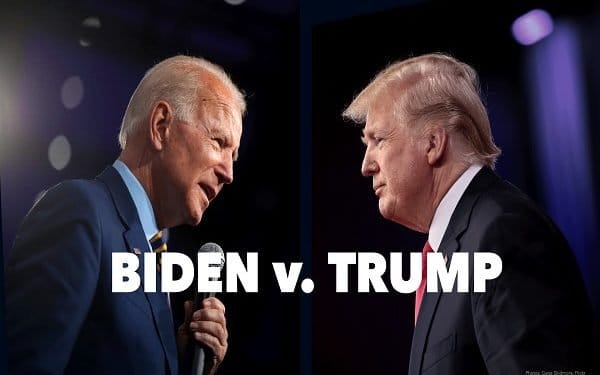 Biden was leading in Nevada where 8.5 per cent of the votes had been counted.

He is projected to win the state which Hillary Clinton, the Democratic candidate in 2014, won by 2.4 points.

President Donald Trump has challenged the votes count in Michigan and Wisconsin which all major news media called for Biden.

Trump earlier yesterday said he would head for the Supreme Court to challenge the results. He declared himself winner and alleged irregularities. Nevada, which holds the ace to Biden’s victory, suspended the final tally till later today. A win for Biden in Nevada will seal his victory.

Trump’s initial large lead in Georgia, Pennsylvania and North Carolina were significantly narrow and and more votes were counted giving an indication that Biden could win and extend his Electoral College Votes margin.

Incomplete results indicate the margin between Mr Trump and Mr Biden in Wisconsin is less than one percentage point, which allows a candidate to seek a recount.

The campaign also filed a lawsuit in Michigan to stop counting of ballots there because it contended it was denied “meaningful access” to observe the opening of ballots and the counting.

n Detroit, Michigan, police were called on Wednesday afternoon to guard the doors to a vote-counting facility as some protesters outside demanded access to monitor the process. According to the Detroit Free-Press, there were already some 200 people observing the vote inside the building.

Officials were seen covering up the windows to the TCF Center, where postal ballots were being tallied.

The Trump campaign also filed two lawsuits in Pennsylvania to halt all vote counting “until there is meaningful transparency”.

The Associated Press news agency reports that the Trump campaign is also suing Georgia to halt the vote count there.

In the early hours of Wednesday, he announced from the White House that he had won and said he would take the election to the Supreme Court.

Republican National Committee Chairwoman Ronna McDaniel said: “The fight’s not over. We’re in it.”

Mr Biden’s running mate, Kamala Harris, tweeted asking supporters to contribute $5 to help pay for a fight that could “stretch on for weeks”.

The president also comfortably won his adopted home state of Florida, the most hotly fought battleground of the night, despite two visits there by Mr Biden’s ally and former boss, ex-President Barack Obama.

Trump Vs Biden: If it gets to the Supreme Court

President Donald Trump has left no one in doubt that he is willing to fight to the finish, including going to the Supreme Court.

The scenario likely to play out was put into perspective on Wednesday by theguardian.com:

“Given Donald Trump’s lifelong predilection for tying up opponents in the courts, and his long-stated threat to do the same with an election result that threatened to go against him, his call to have the 2020 election settled in the supreme court is not a surprise.

“Trump may, with this in mind, have filled the supreme court with conservative appointees, but things aren’t so straightforward. The supreme court is the final court of appeal in the US and has discretion over which cases it should hear, largely relating to challenges to cases heard in lower courts on points of federal law and the constitution.

“So a lot of action will happen initially at state-level courts – the election has prompted a spate of new cases in the hotly contested battleground state of Pennsylvania, including two due to be heard later on Wednesday.

“What has made the current election landscape more of a minefield is the fact the coronavirus pandemic has led states to look for ways to make voting safer, including expanding absentee ballots, which has opened states up to challenges in the courts over issues such as proposed extensions to the period in which late mail-in votes are counted.

“It is important to remember that election challenges in state courts are nothing new, sometimes without merit, and often have little impact in the end. However, one important exception to that was the 2000 election where a series of legal challenges over faulty voting procedures in Florida handed the election to George W Bush.

“What’s the thrust of Trump’s tactic?

“With more than 40 pre-election cases by Republicans, Trump’s strategy is to argue that any measure to make voting easier and safer in the midst of a pandemic is unconstitutional and open to fraud, a framing aimed at the supreme court.

“A second argument that has been deployed several times is that many of the measures to ensure voting is easy have been made by state officials – like governors – rather than state legislatures, opening a path, say conservatives, for a constitutional challenge.

“How could this work?

“The most common scenario is for lawyers to challenge the way an election was conducted locally and seek to have votes discarded. In the key state of Pennsylvania, conservative groups have already ramped up cases to ensure late mail-in ballots are not counted, with two cases due to be heard on Wednesday.

“Pennsylvania is already on the supreme court’s radar in this respect. Republicans in the state have already appealed against a Pennsylvania supreme court decision ordering state election officials to accept mail-in ballots that arrive up to three days after the election, relying on an interpretation of the state’s own constitution.

“The US supreme court deferred hearing this case before the election but in a case that it did rule on, the court sided with a Republican challenge saying the state could not count late mail in ballots in Wisconsin. The supreme court chief justice John Roberts made clear, however, that “different bodies of law and different precedents” meant the court did not consider the situation in Pennsylvania and Wisconsin as the same.

“Isn’t that good news for Democrats?

“Trump’s hope, as he has made very clear, is that this would help in the event he challenged the election result, but it is also unclear how Barrett would respond given Trump’s comments. And she could recuse herself from hearing any election-related cases because of a perceived conflict.

“Where else could we see challenges?

“Michigan, if it is close, is an outlier in that it has no formally laid-out system for a challenge, although any recount is automatically triggered by a margin of less than 2,000 votes.

“North Carolina, for instance, also has a challenge to a late voting extension before the courts. It all becomes something of moot point should Biden secure enough of a lead in the electoral college.

“The closer the outcome in the electoral college, the more messy things become, with the memory of Florida in 2000 looming above everything. The closest of results led to 35 messy days of legal challenges and laborious hand recounts, which gave the election to George W Bush after the state was originally called by news organisations for the Democratic challenger Al Gore.

“Bush took 271 of the 538 electoral votes, winning Florida by fewer than 600 votes, after a recount was halted by the supreme court, making Bush the first Republican president since 1888 to win despite losing the popular vote.”

Governor of Rivers State, Nyesom Wike for attributing the ongoing crisis in Oyigbo Local Government Area of the State to the Indigenous People of Biafra, IPOB, and the Minister of Transportation, Chibuike Amaechi. The group…