The Director General, Buhari/Osibajo Campaign Organisation, Rotimi Chibuike Amaechi, has said that the 2019 elections in Kwara, and indeed Nigeria, would be between the rich and the poor.

He however said the rich, which he described as thieves, have ganged-up against the All Progressives Congress (APC) led government in the country. Amaechi, who is the current Transportation Minister, made the statement in Ilorin at the inauguration of APC ward canvassers ahead of 2019 general elections in the state.

He also tasked the poor, whom he said are in the majority, to overthrow the rich and take back government by voting massively for President Muhammadu Buhari and other APC candidates in the forthcoming elections. He particularly tasked the canvassers to be dogged and aggressive in campaigning for President Muhammadu Buhari across the nooks and crannies of kwara state, reminding them of the achievements of the present administration.

According to him, “We are gathered here today to peacefully take over power from the rich and hand over to the poor. That is what APC stands for. “We join the poor to say we must take power from the rich. We join the poor to say ‘enough is enough.’ “The elite and the thieves have ganged-up against APC. But they don’t have the power because they don’t have the number. The number is with the poor and the poor must rise to vote on that day.

“This election is between the rich and the poor. Now, the poor have realized that they are tired. If at the end of former President Olusegun Obasanjo’s government we had $58 billion, where is the money now? How much did state governments collect? How much did the Federal Government collect? What did they do with the money? “When I was a student at the University of Port Harcourt, I predicted that one day, the poor will rise. It will get to a point when the poor will begin to eat big men. What you are seeing in Kwara is a modern Tunisia. It was a poor man that started the Arab Spring in Tunisia. Today, Kwara is leading the revolution to change Nigeria. Power must return to the poor. One problem we all have is that even we, the poor, are being deceived by them. “Big men are in all the parties o! The difference between other parties and ours is that the big men in our party are all progressives. Other parties don’t care; they want to even collect what the poor is eating from them.”

How healthy are you? Do you have a healthy diet? Do you exercise regularly? Do you drink at least 8 glasses of water a day? Do you get enough sleep every day? Do you live… 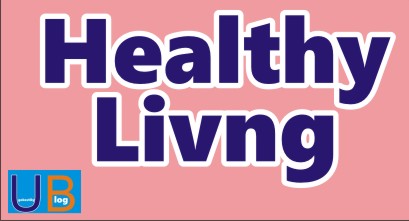