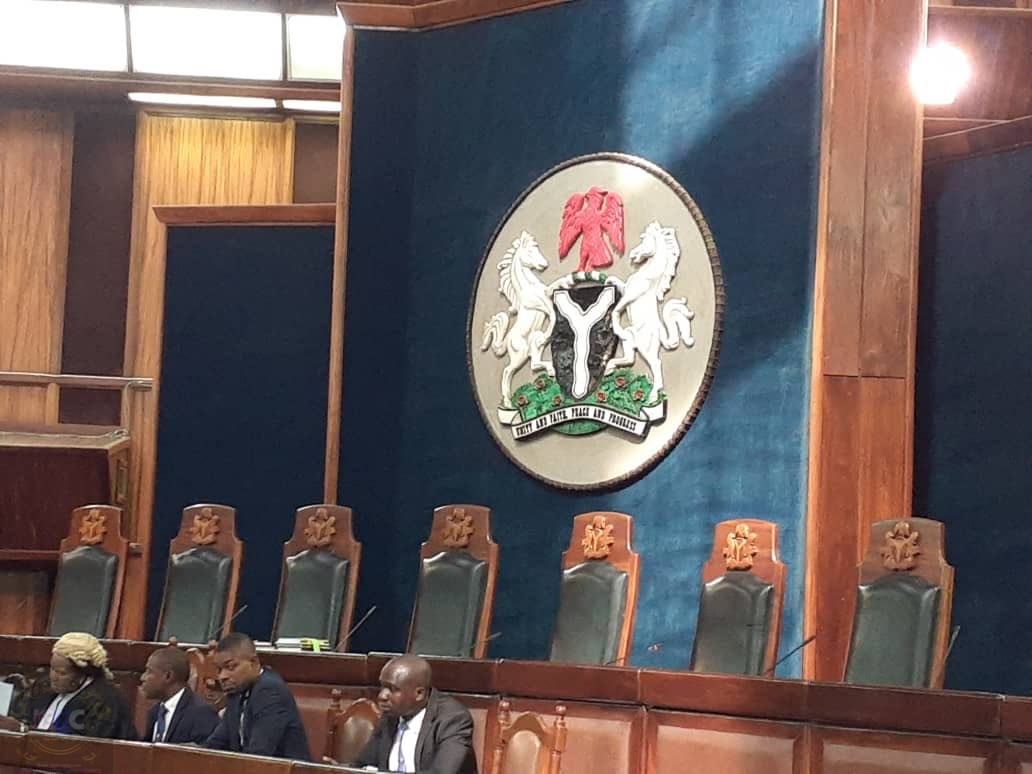 The Supreme Court has adjourned for the second time ruling on Bauchi and Kano governorship petitions filed before it.

The Supreme Court has now fixed January 20 to decide between governor Ganduje of the APC and Abba Kabir of the opposition PDP.

While that of Bauchi remains sketchy.

The Supreme Court 7-man panel chaired by the Chief Justice of Nigeria, Tanko Mohammad has deferred judgment of the Kano gubernatorial appeal to January 20.

This resolution, however, was sequel to an earlier submission and responses by the appellant counsel and respondents counsels respectively.

But in the submission by the lead appellant counsel, Chief Adegboyega Awomolo, SAN, he urged the apex court to grant all the prayers in the appellant’s application including setting aside the judgment of the lower courts.

Awomolo in his brief pointed out that the only point of law was the decision and action of the returning officer whom he said that in the exercise of his constitutional powers under section 179, 2 (a) and (b) of the 1999 constitution as amended, and section 69 of the electoral act 2010 and paragraph 41 of the regulation and guideline of INEC even after announcing the results of the 44 local government areas of Kano state, cancelled the results already declared at the polling units.

He also added that the affected results were collated at the wards, local governments and state. Besides, the appellant counsel said that results from 207 polling units were as well cancelled and subsequently declared the election inconclusive as a result of the cancellation.

Further, Awomolo affirmed that it was on the basis of the cancellations that another election was scheduled on March 23, 2019.

The appellant lead counsel, therefore, submitted that for the returning officer to have cancelled the 207 polling units after announcing the overall results of the state amounted to ultra vires and null and void.

Awomolo affirmed that the results of the second election on March 23 2019 could not produce lawful votes as the predicated decision was null and void. And that the only lawful votes were those announced by the returning officer on March 11, 2019 in form EC8D.

He, therefore, urged the apex court to allow the appeal on the ground that the appellant scored the highest votes in the election held on March 9, 2019.

But the lawyers for the Independent National Electoral Commission, INEC, ruling All Progressives Congress, APC, and Governor Abdullahi Ganduje of Kano state separately objected to the appellant counsel’s submission.

Counsels Ahmed Raji, M.M. Duru and Alex Zinyon for the Ist, 2nd and 3rd respondents urged the apex court to dismiss the appeal for alleged lack of legal merit.

Raji added, ” It was not correct as claimed that the returning officer cancelled any votes. This is not borne out of record. I urge mybLord to discountenance all his arguments in this regard.

M.N. Duru said, “The submission of the appellant counsel has been adequately addressed at the lower court. The submission is predicated on wrong premises.

“Exhibit P1, upon which he predicated his argument, which he described as form EC8D does not contain all the results of all the polling units in the 44 local governments that make up Kano state.

“It does not even contain the results of the 207 polling units. Sir, there is no way the appellant could have been declared winner.

“From the records, one Dr. Yagase, an agent of the appellant, in his own words said 62 polling units, original results were carted away containing highly sensitive materials.

“The agent admitted that he locked himself in a room with a biro and stayed there for one hour and didn’t return them to INEC but to the commissioner of Police at the Police headquarters”.

Also, Zinyon added, “The totality of the appeal should be dismissed as they are void of any legal merit .

“The law recognises EC8E not EC8D as the final declaration of results. But the appellant is seeking for the declaration of EC8D which is a comical relief”.

Electricity tariff increase has been suspended by he house of representatives committee on power. The committe ask the National Electricity Regulatory Commission (NERC) to suspend the planned increase in electricity tariff. NERC had directed the…