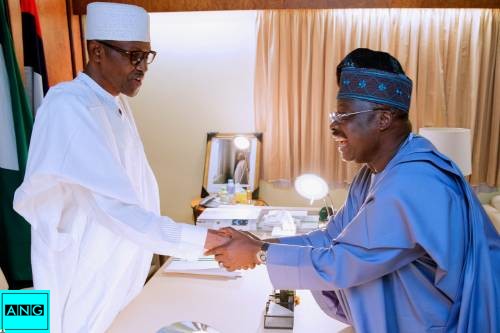 Senator Abiola Ajimobi will replace Adams Oshiomhole the embattled National Chairman of the All Progressive Congress APC in acting capacity.

The Appeal Court of Nigeria Upheld the Suspension of Adams Oshiomhole the National Chairman of APC.

In this development the All Progressive Congress National Working Committe NWC in a statement by APC National Publicity Secretary, Lanre Issa-Onilu, said it has been guided by the legal department.

He noted that in line with the provisions of Section 14.2. (iii) of the party’s constitution, “the Deputy National Chairman (South), Sen. Abiola Ajimobi will serve as the Party’s Acting National Chairman”.

However, Ajimobi, a former Governor of Oyo State, has been away from the public lately.

He is reportedly recieving medical treatment for an unconfirmed illness in a Lagos hospital.

In this article:Abiola Ajimobi, apc
Up Next: