Back to all posts
Home
/
Politics
/
2023: Tension in Ebonyi over Anyim’s presidential ambition

Following the political train in Ebonyi State, the political gladiators are now preparing for a tough battle ahead of the 2023 general elections.

This is as the ruling All Progressive Congress, APC, led by the Governor, Chief David Umahi plots to retain power, while the main opposition, the Peoples Democratic Party, PDP, strategizes to take over the governance of the State.

The political climate in the State changed in 2021 when Governor Umahi defected from the Peoples Democratic Party, PDP, to the All Progressive Congress, APC.

Others, who also refused to defect with him (Umahi) to the APC, included five (5) members of the House of Representatives, six (6) members of the State House of Assembly and other prominent stakeholders, like the former Secretary to the Government of the Federation, SGF, Sen Pius Anyim Pius, Senator Igwe Nwagu and a host of others.

The development has heightened political tension in the State, with those in the PDP accusing the Governor of using government apparatus against the members of the opposition.

This, according to the PDP, manifested when the governor shut down their State secretariat, located along Abakaliki/Enugu Expressway. But governor Umahi debunked such claims, adding that the secretariat was closed as a result of COVID-19 infection that allegedly ravaged the area. As it stands, the PDP, for the past one year, is staying in a rented apartment, located at Uyamadu street, Abakaliki, the Ebonyi State capital.

More tough political battles lie ahead with the recent move by Anyim to run for the position of President under the platform of the Peoples Democratic Party, PDP, while Governor Umahi, who is the chairman of the South-East Governors’ Forum, is also nursing the ambition to contest for President under the platform of the All Progressive Congress, APC.

On the issue of the governorship election, the State is also already sharply divided.

Sen. Sam Egwu, a chieftain of the PDP and others who are Anyim’s loyalists, as well as Martin Elechi, who hails from Ikwo clan, as well as Umahi’s loyalists are galvanizing support for the next governor of the State to come from Ebonyi North, for the sake of equity and fairness.

But, few stakeholders from the Southern zone of the State are of the opinion that the next governor can come from any part of the three (3) senatorial zones, since the rotation has been completed.

Be that as it may, some founding fathers of the State have cautioned those clamouring for the next governor to come from the South, describing such agitation as morally incorrect.

Others include Engr. Fidelis Nwankwo, a former Minister of State for Health, Mr. Silvester Ogbaga, representing Izzi/Abakaliki Federal Constituency, Mr. Chukwuma Nwazunku, representing Ebonyi/Ohaukwu Federal Constituency, all from the Ebonyi North senatorial zone and chieftains of PDP are also nursing the ambition of becoming the governor in 2023.

Also in APC, the speaker of the State House of Assembly Mr. Francis Nwifuru, representing Izzi West constituency and a core loyalist of governor David Umahi, Mr. Elias Mbam, the Executive Chairman, Revenue mobilization, allocation and fiscal commission, RMAFC, Mr. Edward Nkwoagu, a founding member of the party, all from Ebonyi North senatorial zone have indicated interest to contest for the governorship seat in the 2023 general election.

IPOB does not speak for Igbos – Ohanaeze

The apex Igbo socio-cultural group in Nigeria, Ohanaeze Ndigbo Worldwide, has insisted that the Indigenous People of Biafra, IPOB, does not not speak for the entire people of the Southeast This was declared by the… 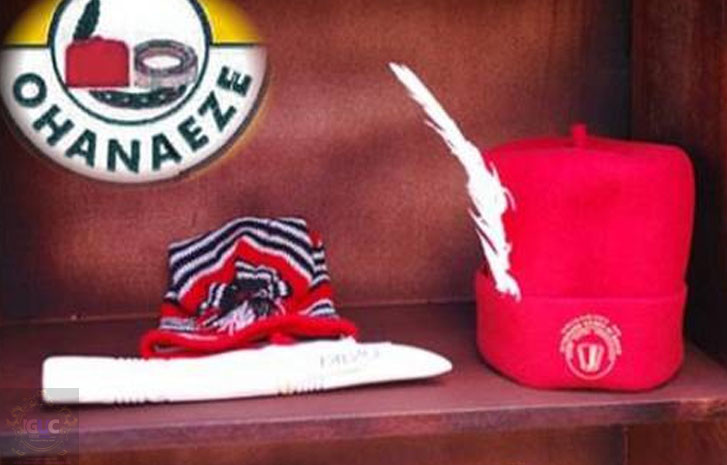